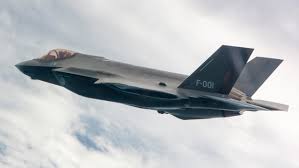 According to several sources familiar with the matter at hand, the United States has delayed the full-rate production of the F-35 Joint Strike Fighter to the end of 2023 following an extension of the Joint Simulation Environment (JSE) tests.

The F-35 is facing numerous delays due to technical issues which have been aggravated by the COVID-19 pandemic.

As per Lt. General Eric Fick, the CEO of the F-35 program, the Pentagon has already begun validating JSE components, which should be completed sometime in May. Tests to verify the system are scheduled to take place this fall, allowing the F-35 to finally conduct its 64 JSE tests in the summer of 2023.

The Joint Simulation Environment is a virtual testbed which allows the F-35 to go up against the latest Chinese and Russian threats. Only after Lockheed Martin conducts 64 test runs in the JSE for the F-35 will it be allowed to proceed from operational tests to a “Milestone C” decision, after which the Pentagon’s top acquisition authority will declare the jet ready for full-rate production.

When asked whether the program schedule is likely to go into full-rate production in fiscal 2023, Lieutenant General Fick said: “I don’t think it’s impossible. However, if there is a significant shift in the program schedule, we may not have much time to prepare a report and get ‘Milestone C’ approval during the year”.

Incidentally, a decision for a full-rate production was postponed several times. As per Lieutenant General Fick, they are working “aggressively” for the approval, validation, and accreditation of the simulation components of the JSE tests.