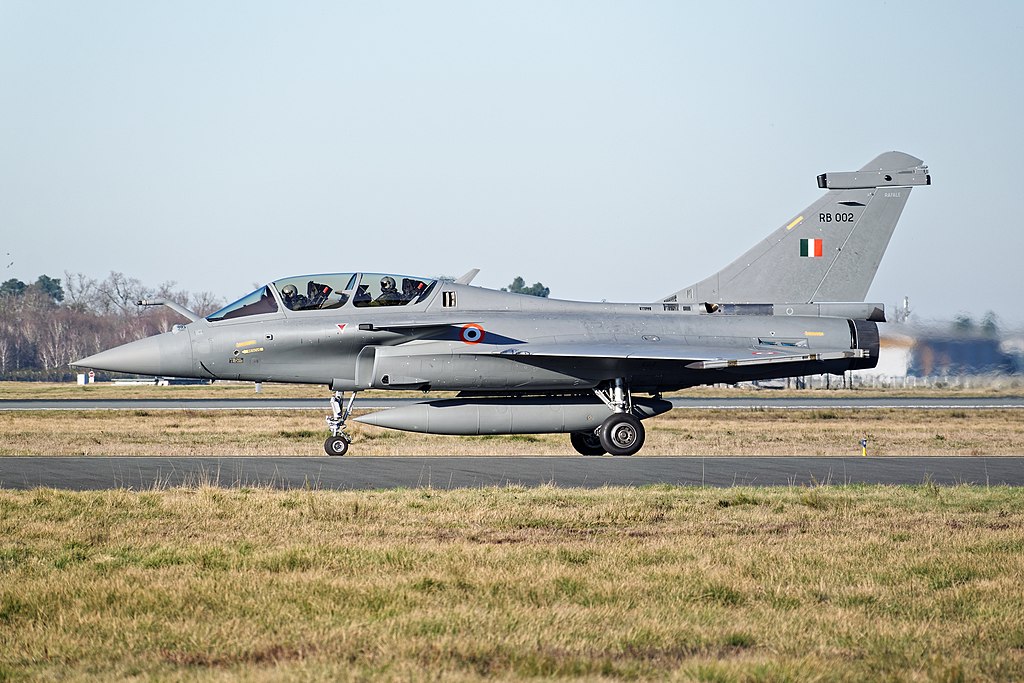 The first batch of five French Rafale fighter jets is stationed at the Ambala air force base.

A delegation of defence manufacturing industry representatives is expected to accompany the French Defence Minister on her visit to India. She is also likely to have a separate meeting with Indian Defence Minister Rajnath Singh.

The first five Rafale jets included three single-seaters and two twin-seater jets which arrived in India on July 29, flying from Mérignac in France via the UAE.

The seven pilots who flew the jets were welcomed by Indian Air Force Chief RKS Bhadauria as they landed in Ambala.

It was an 8,500-km journey from Merignac in southern France to Ambala after a layover for the night in UAE.

The first squadron of Rafale jets will operate from Ambala — one of the most strategically-located airbases that also houses the Jaguars and Mig 21s.

Many feel the strategic location, technical facilities like a strong air defence system and upgraded infrastructure make Ambala the most suited base for the Rafale.

36 Rafale jets comprising two squadrons will become a part of the Indian Air Force in the next two years.