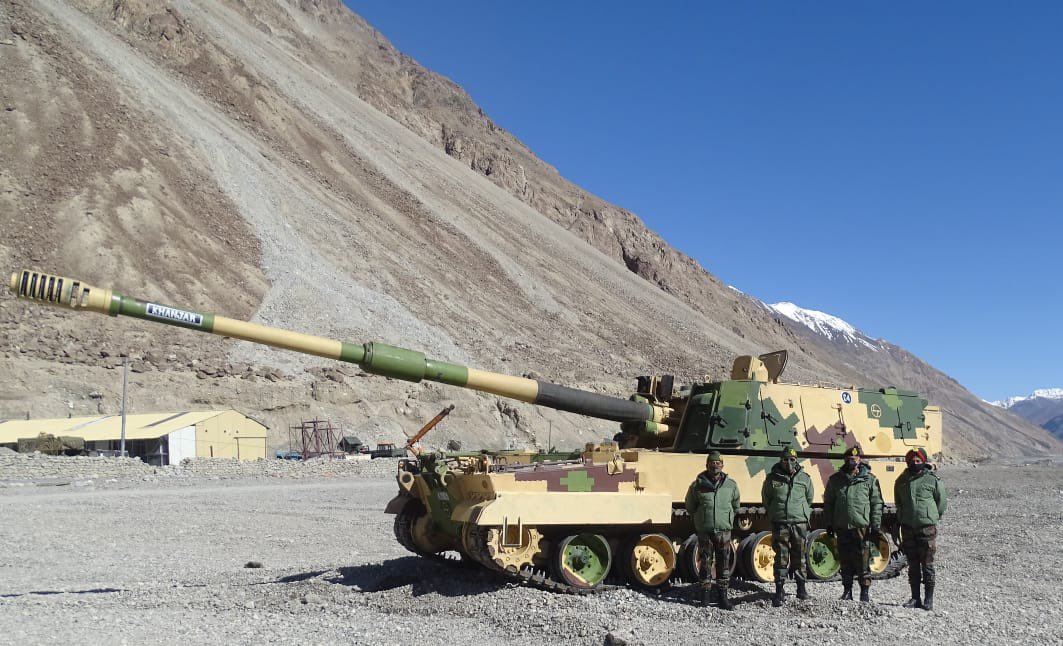 Despite the fact that the Indian state of Ladakh is a mountainous inhospitable terrain where nothing grows, it has become the Line of Effective Control (LAC), between India and China and a source of a territorial dispute following Chinese incursion in May 2020 in the area of ​​Lake Pangong Tso, which is located in part of Indian Ladakh. The territorial dispute resulted in a violent clash which saw dozens of Indians and Chinse soldiers being killed.

While India declared their dead and gave military honours to their slain soldiers, China buried them in undisclosed graves and did not officially disclose the number of deaths catering to its domestic audience.

Since then, both countries have significantly strengthened their military postures in the region.

This is despite a February 2021 agreement following 9 rounds of talks, wherein New Delhi and Beijing decided to a “mutual disengagement agreement”.

The agreement was confirmed by the Chinese Minister of Defense, Wu Qian.

The agreement did not result in a return to normalcy, in fact the Chinse boosted their military presence.

In October 1 2021, during an inspection visit to Ladakh, the Chief of Staff of the Indian Army, General Manoj Mukund Naravane, denounced growing Chinese presence at the border. It is a “cause for concern”, he said, in a report to the daily Times of India.

As a result, the Indian Army also strengthened its military presence along the LAC.

“We have also introduced advanced weapons. We are strong, well prepared to face any eventuality,” said Naravane.

According to the Indian press, the Chinese have intruded not only in Pangong Tso but also in Gogra, Demcok and the plains of Depsang. Recently, the Indian press reported that about a hundred Chinese soldiers advancing 5 km in the Barahiti region, located in southern Ladakh, in the Indian state of Uttarakhand which borders Tibet.

Much like Beijing’s promise to Britain on Hong Kong, Beijing told its domestic audience that Indian forces regularly cross the LAC, as part of a “policy of advancement” aimed at “nibbling” Chinese territory. “This is the root cause of the border tensions between China and India,” said Hua Chunying, spokeswoman for Chinese diplomacy.

“China opposes any arms race in disputed border areas […] and always firmly safeguards national sovereignty and territorial security, while pledging to maintain peace and stability in border areas with the United States. India”. New Delhi has refuted these statements made by the Chinese Foreign Ministry, saying they were “not based on facts”.