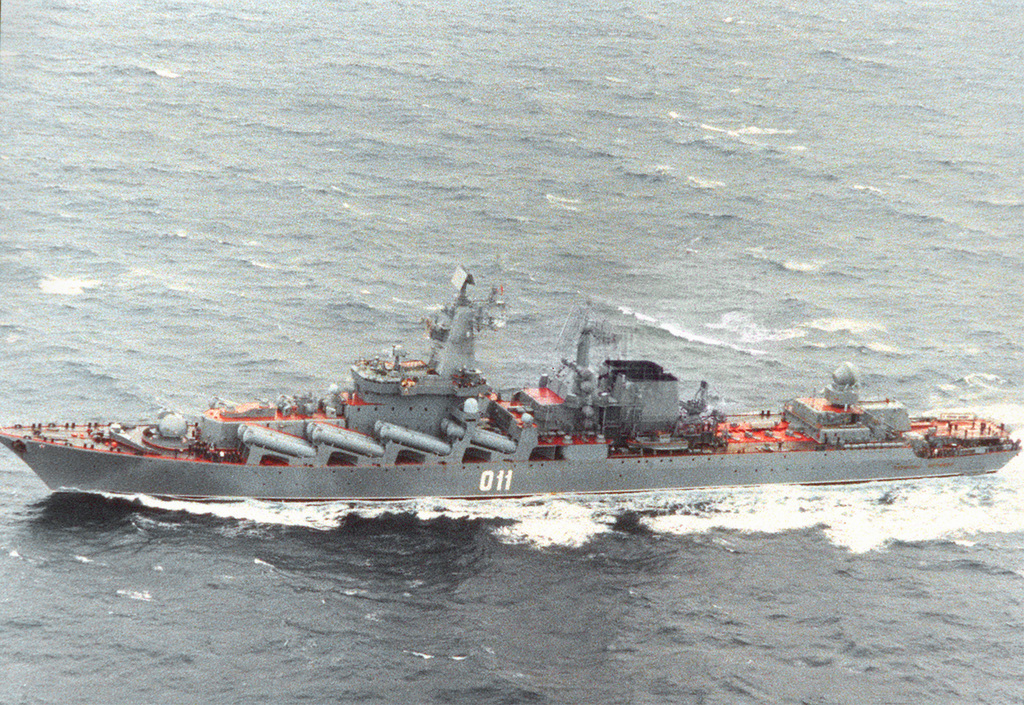 With tensions along the Russian- Ukrainian border heating up, the Russian Defense Ministry kicked off a period of “combat readiness checking and monitoring”.

On April 8, the southern military region of the Russian armed forces announced that ten ships from its Caspian fleet, from the Makhachkala naval base would transfer to the Black Sea fleet.

The fleet includes landing crafts and gunboats as well. Details of the type of boats were not specified and shared.

Incidentally, the Caspian fleet has seven landing craft, including six of the “Serna” class, each weighing around one hundred tonnes at full load and one of the “Shark” type. It also includes five gunboats, including four of the “Schmel” type with a displacement of 70 tons and equipped with a 76 mm gun, three machine guns, a BM-14 rocket launcher, and has the ability to lay mines. The fleet also includes a “Zhuk” class patrol boat which is classified as “artillery boats,” armed with two 12.7mm machine guns. Incidentally, the Black Sea fleet is equipped with five landing craft including one BK-16 type that is used by the special forces; it also has seven “large landing ships” of the old design.

The Russian maneuver is however not unprecedented.

Case in point: in May 2018, the Caspian fleet had transferred five of its boats to the Black Sea, with Russian authorities portraying the move as being necessary to guard against a Ukrainian attack on Crimea; the background of the transfer was mounting tensions over the Kerch Strait, which separates the Sea of ​​Azov from the Black Sea.

In a statement the Russian Defense Ministry said, following the transfer, the ten boats of the Caspian flotilla will participate in exercises with the Black Sea fleet, aimed at testing “the ability to push back naval and airborne assault forces.”

According to sources, Russia has moved the new S-300 and S-400 in Crimea. Photos of the transportation of anti-aircraft missile systems in the Voronezh region, have been spotted on social media.

In recent days, there has been an increase in Russian military presence on the Ukrainian border, noted analysts while noting that the deployment of the recently moved anti-aircraft systems to cover the area known as the Luhansk People’s Republic.

According to political scientists, and military analysts, hostilities between Ukraine and Russia in the Luhansk People’s Republic can begin at any moment, pending only the decree of President of Ukraine Volodymyr Zelensky.

Background to the conflict

On April 1, 2020, Russia began amassing military weapons, including personnel on its border with Ukraine, with similar deployments on the Belarusian side as well. A journalist from Ukrainian was the first to film the movement of Russian military convoys.

His videos and photos on social media, essentially pressurized the Russian to explain the deployment of its forces.

“The Russian Federation is moving troops within its territory at its discretion; this should not bother anyone; it does not pose a threat to anyone,” said Dmitry Peskov, a spokesman for the presidency.

Portraying the move as a necessary measure aimed at ensuring security at its borders,  Peskov said, “You know that along the perimeter of the borders of the Russian Federation; there is increased activity of the armed forces of NATO countries, other associations, individual governments, etc., etc. All this obliges you to be vigilant”.

He went on to add, “As for the participation of Russian troops in the armed conflict on the territory of Ukraine, Russian troops have never participated in it and do not participate in it. This is a highly internal Ukrainian conflict, and we, European countries, other countries would not want armed forces of Ukraine, the civil war in Ukraine flared up again“.

While discussing the situation, the US and Ukrainian defense ministers Lloyd Austin and Andriy Taran the former assured his Ukrainian counterpart of his readiness to support Kyiv in an “escalation of Russian aggression.”

“Lloyd Austin expressed concern over the Russian Federation’s recent actions and conveyed to the Minister of Defense of Ukraine his assurances of his readiness to support Ukraine in the face of the ongoing Russian aggression in Donbas and Crimea. Realization of aggressive aspirations of the Russian Federation in Ukraine” it said in a statement.

Taran also kept the interlocutor abreast about the growing military-political scenario along the demarcation line with the territories of Donetsk and Luhansk regions, which incidentally are not under the control of Kyiv.