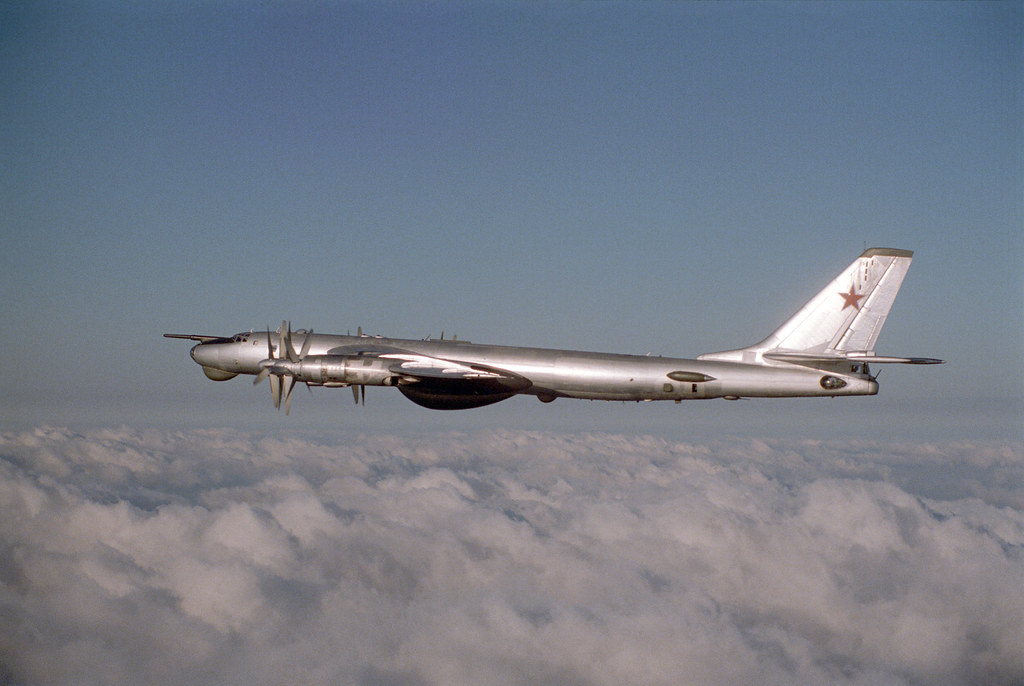 According to Russian media reports, the Russian Federation has deployed strategic Tu-95 missile bombers at Engels Air Base.

As per field sources, the Tu-95 missile bombers performed training tasks and practiced airstrikes in various weather conditions. Accompanied by fighters, the bombers performed take-off and landing tasks, flights on a specific route, and coordinated tasks with ground air control at the base.

After landing, engineering teams at the Engels Air Force Base performed “standard service” on them and prepared them for multiple flights at regular intervals.

According to sources, during one of the “training” flights, two Tu-95s bombers, with more than 20 units of weapons practised engagements on the ground; the airbase is also equipped with specialized vehicles and has teams to maintain technical conditions.

The Engels Air Force Base is a strategic bomber military airbase located 14 kilometres (8.7 miles) east of Saratov. It is a major bomber operations base, and Russia’s sole operating location for the Tupolev Tu-160 strategic bomber.

The airbase has a 3,500-metre (11,500 ft) runway with 10 large revetments. It is named after the nearby city of Engels, which is in turn named after the Communist philosopher, Friedrich Engels.

In an official statement, Kremlin’s spokesman Dmitry Peskov said, “the alliance’s activities near Russia’s borders cannot be ignored by the military.”

With reference to the Russia-Ukraine tensions, Peskov said, “the increase in tensions in the region”is due to“information hysteria” created and controlled by “information-specific actions taken by the United States and NATO”. “They will be ignored by our military, which is responsible for the security of our country,” said Peskov.