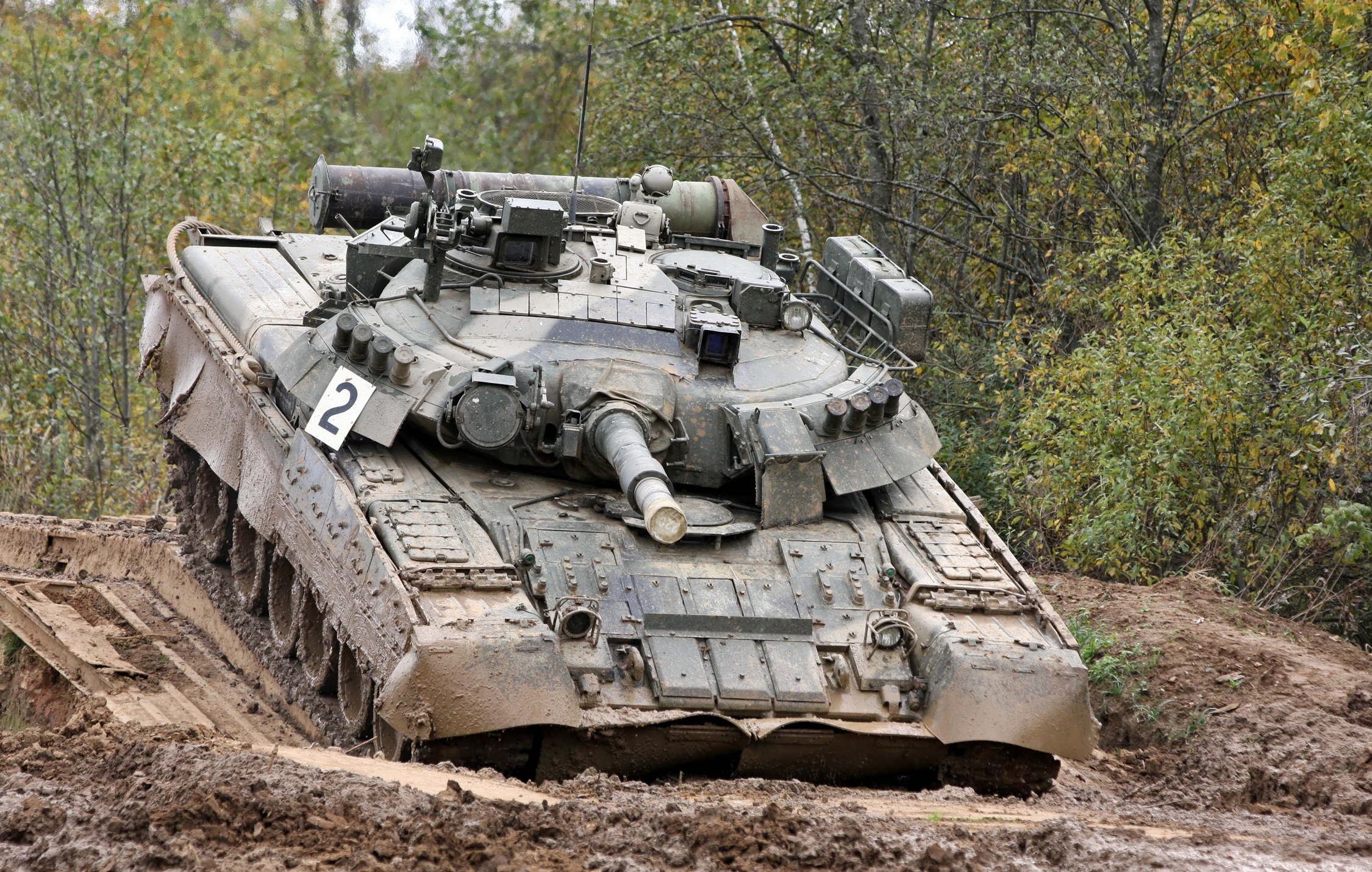 With Russia not decreasing troops deployment near its border with Ukraine, tensions between the two countries are not easing. There have also been reports of at least one Russian tank entering Ukraine.

A video has been circulating in the media of a Russia T-80 tank fitted with improvised anti-drone armor entering Ukraine.

While there is very little information as to why the Russian T-80 tank has entered Ukraine, its anti-drone armor is attracting loads of attention.

This set of armor is nothing new for Russia’s tank brigades and it is increasingly seen on armored vehicles. Its main purpose is to protect tanks from being hit by drones or unmanned munitions.

According to military experts, the equipping of such makeshift armor points to lessons being learnt from last year’s Nagorno-Karabakh conflict where Moscow played the role of a “front-line” observer.

Makeshift anti-drone bumpers are essentially rough workmanship of metal structures, lattice similar to the lamella bumper aimed at “protect[ing]” the tank from being hit from above.

Some experts believe that such a design could affect the Javelin’s striking power by reducing the effectiveness of his tandem warhead, which is known for packing a punch and releasing its explosive power on the tank.. The additional armor reduces the likelihood of the tank’s crew being killed.

Since the improvised Russian anti-drone cage armor has no standardization, it can be safely assumed that armors are potentially being tested in future conflict with follow through improvements to come.

Ukraine can deploy several drones, two of which have best battle tested with impressive results.

The Turkish made Bayraktar TB2 drone did a lot of damage to Russian weapons during the Nagorno-Karabakh conflict; the Israeli kamikaze drone Harop is also very deadly.

Another reason why Russia has adopted such makeshift armor is the fact that Ukrainian forces are increasingly using smaller drones, including quadcopters armed with adapted mortars and other explosive payloads, to attack Russian-backed forces in the east.

A point to be noted is that the Russian anti-drone armor on its tanks resemblances the armor of an explosive missile; it however resembles small sandbags that are connected to an improvised anti-drone armor.

According to experts, this configuration would provide an additional degree of protection against projectiles approaching from the side.

What is evident is the fact that the armor was assembled in haste – large portions of it is not even painted. Experts opine that the armor could be effectively protect the tank’s crew from drones.

The appearance of such an improvised armor probably underscores the fact that the Russians may have got an urgent directive calling for new solutions to counter what is increasingly looking like asymmetric threats to its troops.