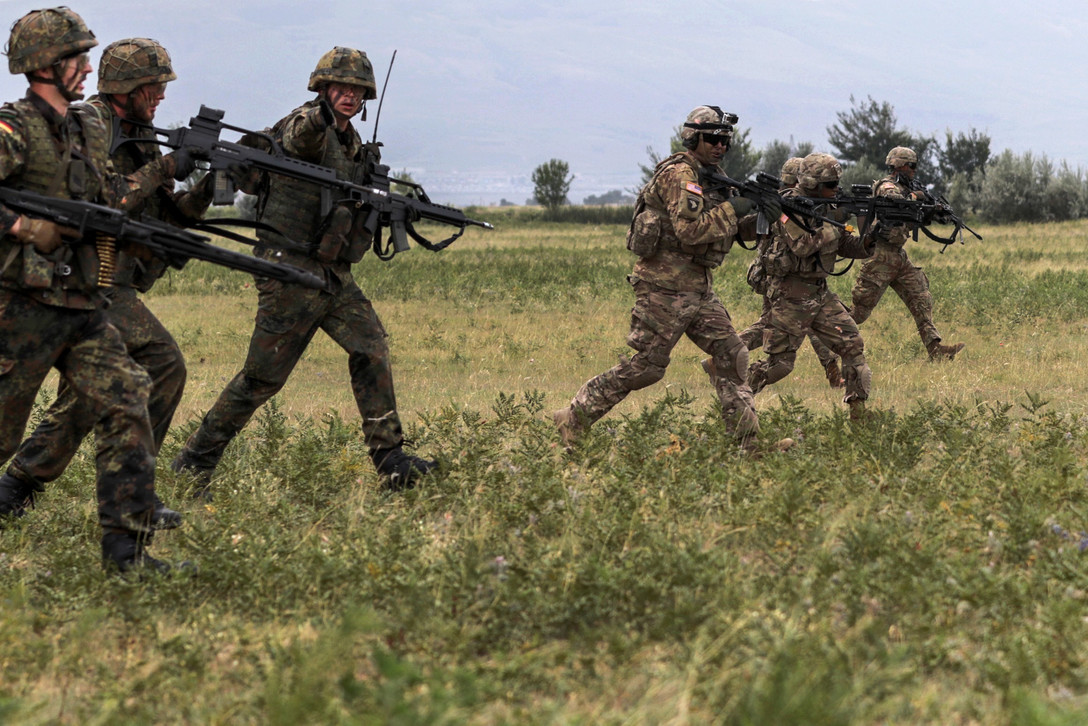 US President Donald Trump has approved a plan to withdraw 9,500 American troops from bases in Germany by September, US media say.

Mr Trump, who has long complained that European members of Nato should spend more on their own defence, reportedly wants US troop levels capped at 25,000.

Troops would either be redeployed elsewhere or return home, US media report, citing a government official.

Tensions between the US and its Nato allies have increased under Mr Trump.

The president has said that Europe’s North Atlantic Treaty Organisation (Nato) members should no longer be relying so heavily on the US to shoulder the costs of maintaining the alliance.

The German foreign ministry has not commented, but two senior members of the ruling Christian Democratic Union party expressed concern at the news.

MP Andreas Nick said the fact that the Pentagon had made no public comment, instead directing inquiries to the White House, indicated “that the decision is purely politically motivated”.