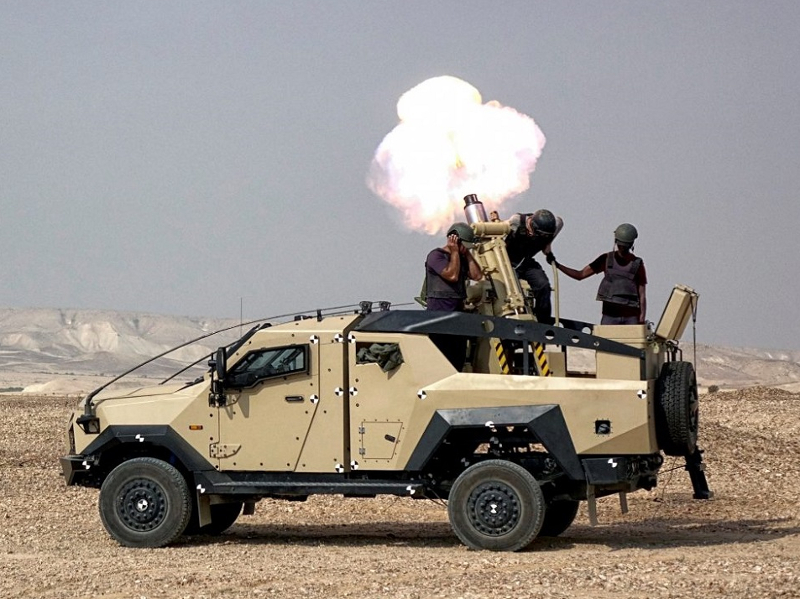 Following weeks of escalated tensions revolving around NATO’s expansion in Eastern Europe, Russia has crossed its border with Ukraine and has launched a full-scale attack.

On its part Ukraine has declared martial law and has deployed all its resources to try and stop the Russian offensive. Among them is the Alakran 120 mm, a weapon system developed in Spain by Ventura Defense.

The Alakran 120 mm has been in service with the Ukrainian Armed Forces since 2019. It has been installed on the armored 4×4 Bars-8, developed by Ukroboronservice, which also carried out the integration of the mortar in the vehicle.

In 2017 however, Ukroboronservice shut down commercial operation the reason for which has not been disclosed.

In recent years, this is the only weapon exported by Spain to Ukraine.

Incidentally, Spain does not sell materials of dual use to Russia and Ukraine.

The integration of the Alakran 120 mm to the armored vehicle is called UKR-MMS (Ukrainian Mobile Mortar System). The mortar is housed in the vehicle during transit and is deployed from the rear of the vehicle using an electromechanical actuator.

Once deployed it rests on the ground on a square base that stabilizes the platform and allows sustained firing at maximum load without affecting the vehicle.

According to Ventura Defense, the complete deployment including aiming, firing at two different targets, withdrawal, and abandonment of the position is carried out in just over a minute. It can also spring into action, fire two 120mm mortar rounds in 67 seconds, switch to another position before the enemy can fire back.

In its base configuration, it can be manned by three people. It can fire up to 60 120mm mortar charges and its firing capability is fully computerized.

The Alakran mortar has a stated maximum range of 7,180m for HE grenades. The Ukrainian defense industry has also developed a 120mm laser-guided mortar shell that is equipped with an HE fragmentation warhead and slightly increases range of up to 7,500 meters.

The latest version includes an integrated automatic targeting system which uses its own GIS (Geographic Information System) technology along with an open BMS (Battle Management System) for the purpose of using several Alakran units to target a single enemy.

The system has been acquired by Saudi Arabia and the United Arab Emirates, among others.

The Alakran mortar has been designed with a wide firing capacity: it can fire 12 shots in the first minute and 4 in sustained fire. When deployed in forest and desert environments its design protects it against solar radiation, dust, and humidity using an added integrated weather station.

It can also be installed in a vehicle weighing more than 1.5 tons without structural reinforcements and can be transported by helicopter.