Continental DefenceMilitary Affairs From a European Standpoint
Home Defence Policies European Defence US to pull nearly 12,000 troops out of Germany 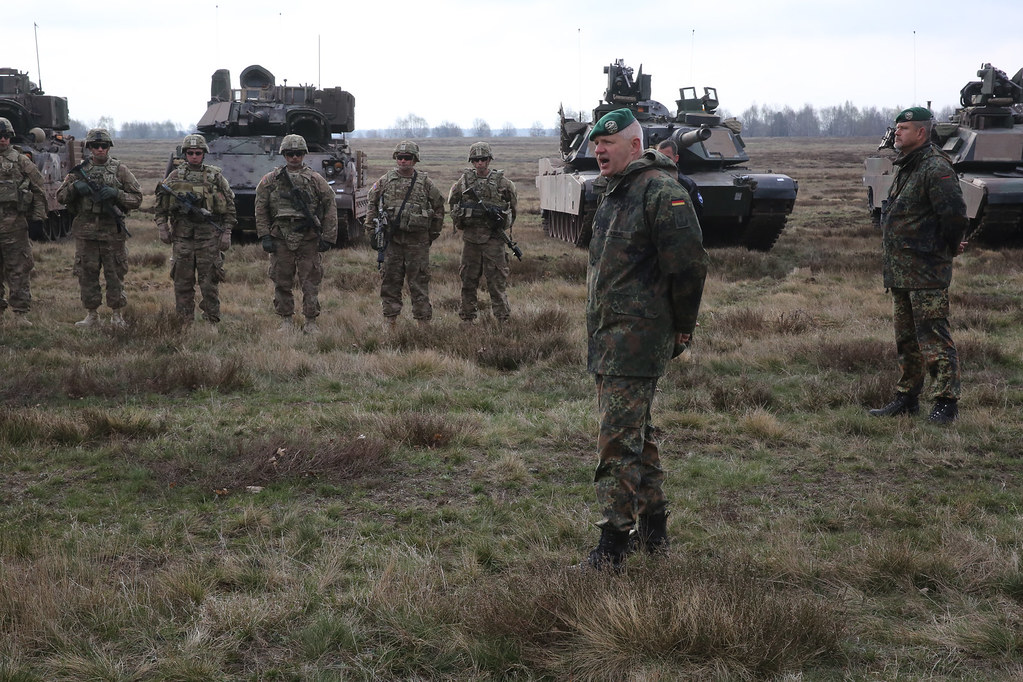 The Trump administration is pulling nearly 12,000 troops out of Germany in a move set to add to tensions within Nato. The decision comes after President Donald Trump last month vowed to cap US troops stationed in Germany at 25,000 unless Berlin spent more on defence for the transatlantic security alliance.  Defence secretary Mark Esper said on Wednesday that the US would start withdrawing about 11,900 troops “in a matter of weeks”, with about 5,400 relocating to other places in Europe and about 6,400 due to head back to the US.

About 24,000 US troops will remain in Germany. He told reporters the reduction would see some troops move east and “strengthen Nato, enhance the deterrence of Russia, and meet the other principles”, including reassuring allies. But critics have warned US withdrawal would undermine a strong symbol of Washington’s commitment to its European allies and embolden Russia, which has in the past been keen to exploit divisions between Nato members.