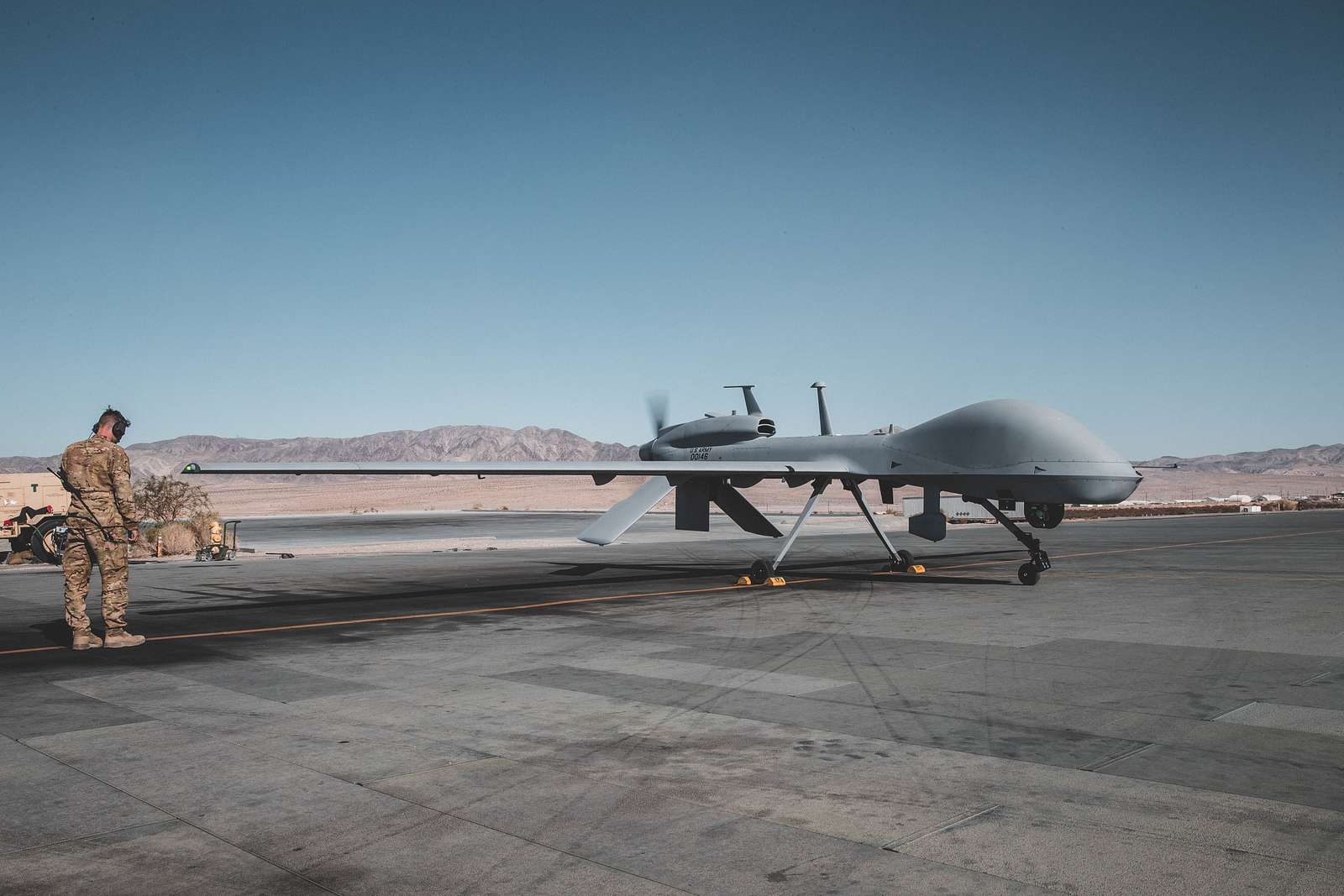 According to sources, the Biden Administration is preparing to ask Congress for such a sale.

Once Kiev gets its hands on these unmanned aerial systems, it will be able to fly them for 30 hours and conduct deep reconnaissance for attacking enemy positions.

The last word on the potential weapon sales lies with the US Congress rather than US President Joe Biden; it is possible that the Congress could block the sale.

According to Mike Stone’s sources, there is a risk that the policy for supplying weapons to Ukraine could change at the last minute. The Biden administration is expected to take steps to notify the Congress of the potential sale in the coming days.

The MQ-1C Gray Eagle is a medium-altitude, long-endurance (MALE) unmanned aircraft system (UAS) developed by General Atomics. During development the drone was known as Sky Warrior. It’s first flight was in 2004 and in 2009 it joined the US Air Force.

Since then it has participated in many military operations including in Iraq, Syria, and Afghanistan. The MQ-1C Gray Eagle is stationed at some US military bases around the world, including the Kunsan Air Base in South Korea.

So far, 75 MQ-1C Gray Eagle have been produced against an order of 152 units.

MQ-1C Gray Eagle is equipped with a tactical AN / ZPY-1 STARLite Radar and can carry 4 hardpoints, 4 AGM-114 Hellfire or AIM-92 Stinger missiles, as well as 4 GBU-44 / B Viper Strike bombs.

The AGM-114 Hellfire is a US air-to-surface missile (ASM) manufactured by Lockheed Martin and Northrup Gruman.

Developed in the 70s, it saw upgrades from 1984 through the present day; various variants of the AGM-114 Hellfire are in service around the world.

Thirty countries operate the missile and have documented involvement in dozens of military conflicts around the world.

Weighing at 100-108 lb (45-49 kg), it has a diameter of 7 inch (180mm). Depending on its purpose and the variation used, the missile can be equipped with several types of warheads including shaped charges, high-explosive anti-tank, tandem anti-armor, metal augmented charge, and blast fragmentation.