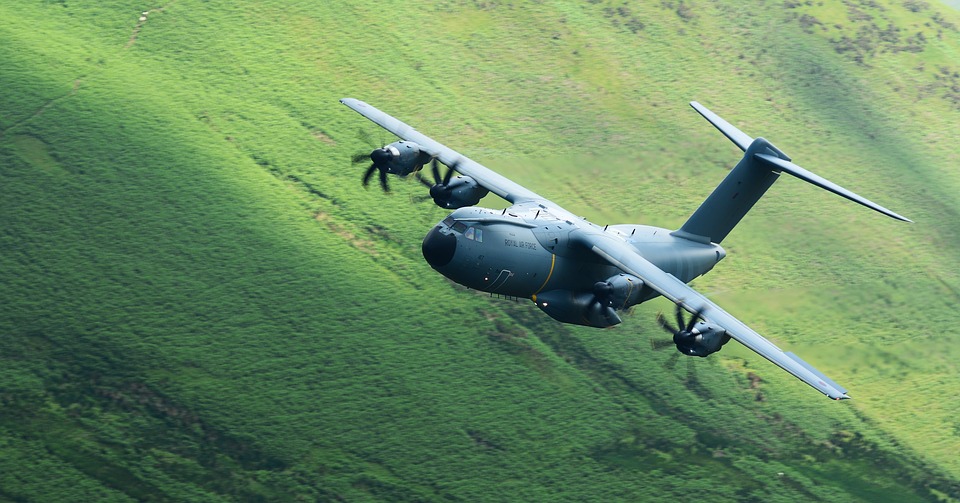 The Airbus A400M, the military variant of the A380, has just received its new certification to increase the number of paratroopers it can drop, with automatic parachute opening. Operational capacity matching this certification should be achieved sometime next year.

At the end of May, 2020, the Airbus A400M received two discrete certifications: automatic low-level flight, and an increase in its authorized paratrooper dispatch, raising its capacity to 116 paratroopers. The A400M’s operational capacity has been plagued with dispatching problems, since its deployment, linked to the airflow around the aircraft, sometimes imposing lengthened pacing between each drop, or limiting the jumps to one side.

The aircraft is not immediately able to perform these tasks in operational conditions, as certification usually occurs about a year before operational capacity is acquired. For the time being, the A400M is still limited to 30 jumps per pass, through a single door. If the jumps are free-falls (HAHO or HALO), paratroopers can jump two at a time, through the aircraft’s rear cargo door.

The certification tests were carried out by France and Belgium, two of the six partner nations for the A400 program.

Secondly, the A400M was certified for Automatic Low Level Flying (AALF), a feature common to all fighter planes, designed to increase radar stealth and shield from anti-aircraft threats. The military cargo plane is now able to fly automatically at 500 feet, under Visual Flight Rules. At a later point, the aircraft will also be certified to fly at this altitude, with no visibility. This capacity is unique among military cargo planes. AALF must account for all possibilities and mishaps, such as engine failure, or navigation and instrumental problems. Future aircraft deliveries to the French army will have this feature already installed, whereas currently deployed aircrafts will be retrofitted. The next deliveries are expected to occur in the beginning of 2021.