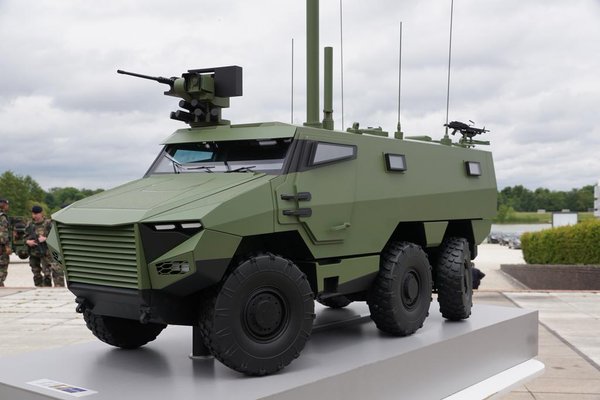 It was rumored, it is now official. Nexter will equip the Belgian Army with new CaMo vehicles, designed and built by French industrial partner Nexter. On June 21st, 2019, the inter-government agreement which strengthens the industrial and strategic partnership came into effect. Under this agreement, France and Belgium will share the development and production costs of various types of equipment, under the CaMo program. In this same agreement, is planned the delivery of nearly 400 “Griffin” VBMRs (Véhicule Blindé Multi-Role – Multi-purpose Armored Vehicle) and 60 “Jaguar” EBRCs (Engin Blindé de Reconnaissance et de Combat – Armored Reconnaissance and Combat Vehicle) to the Belgian army. The total share of cost which will be covered by Belgium amounts to 1,5 billion euros.

The CaMo partnership is not limited to the development and production of armored vehicles: it encompasses strategy, funding, doctrine, training, and support systems. Through it, Belgium is expected to possess a modern and highly-mechanized army which will be able to interoperate with the French army (and other allied countries). The partnership agreement was several times amended, gradually including integrated spare parts and repairs management, and granting access to French training grounds to the Belgian army.

As an embodiment of the partnership, which is designed to be high-profile, French Griffin vehicles were paraded during the Belgian national parade, on July 21, 2019. This sale represents the first government-to-government sale under the FMS program. Belgium thus entrusted France with the task of ordering the military equipment on its behalf, from Nexter, the French industrial. Through this type of contract, the French governments place its service on the market and has contributed to the successful privatization of Nexter, formerly a government-operated arsenal.