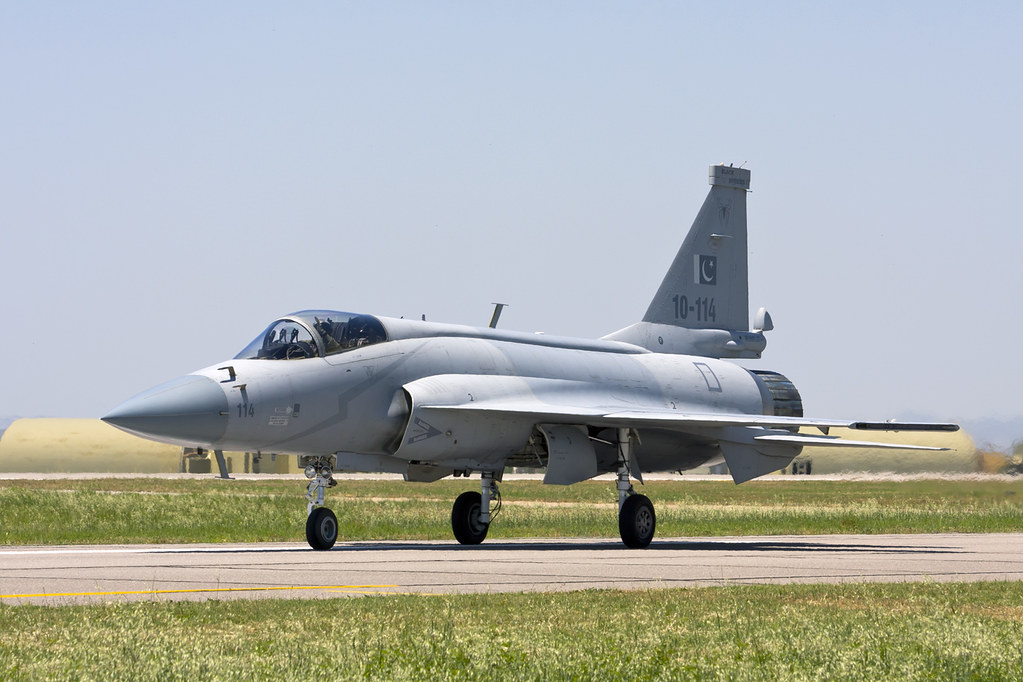 With Argentina looking to modernize its air force, one of the options it is looking at is purchasing China’s JF-17 from Pakistan.

It is a well-known fact that Britain could potentially intervene in such a deal, given a number of British components that have been integrated into it, it is also possible that in such a event, China may intervene and help Pakistan bypass Britain’s sale ban.

Incidentally, the JF-17’s PK16LE ejection seat is designed and manufactured by Martin Baker, a British company. The British ejection seat could be replaced by a Chinese-made HTY-5D ejection seat; it has already been successfully integrated into the Chengdu J-10.

Argentina also has the manufacturing capacity to produce, or at the very least assemble, the JF-17. These could be done by Argentina’s Fábrica Argentina de Aviones, and Área Material Río Cuarto, aviation factories.

In such an event, the deal would open up a potent possibility for China, since it would be able to establish a permanent presence in Latin America. The closeness to the US would enable to increase its influence in the region.

In 2021, according to reports, Argentina was willing to spend around $660 million on buying fighter jets and settled on the JF-17. This was however denied by the country’s defense ministry. In fact, it denied both the budgeted amount as well as the choice of the supplier.

Given the setting, Britain may be forced to partially lift the arms embargo on Argentina, given the lesser of evils it is forced to choose: a Chinese presence in Argentina, or the delivery of spares for the fighter aircraft.

With so much talk going around the JF-17, the next logical question is what weapon systems can it take? The JF-17 can be equipped with a variety of ammunition, including air-to-air missiles, air-to-ground missiles; it is also equipped with a 23 mm twin-barrel autocannon.

Depending on the purpose of the mission, it can be equipped with two types of engines: a Chinese Guizhou WS-13, or the Russian Klimov RD-93, which incidentally powers the MiG-29. Both engines are capable of powering the plane to speed of up to Mach 1.8.

Information from the Pakistan’s Defense Ministry shows that the latest JF-17 Block 3 is equipped with a better multifunction display, an AESA radar, a built-in pilot helmet display, infrared target map, and a new engine that enables the plane to fly at a maximum speed of Mach 2.0.