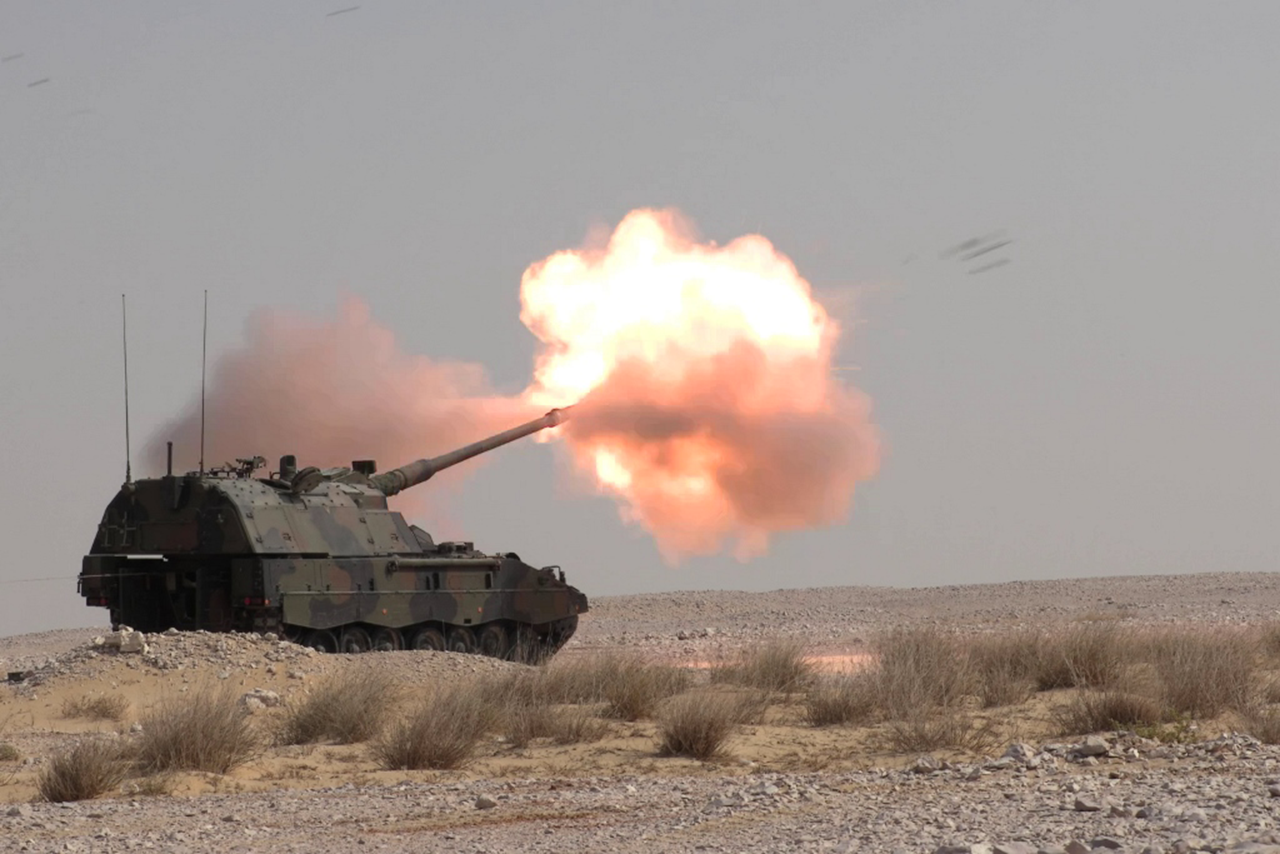 After a period of neglect, artillery has been coming back in force in recent conflicts. A symbol military power throughout centuries, the howitzer is once again considered in its own right as the king of battles, through the ability it provides commanders with: depriving the enemy of any haven, no matter the size of the battlefield.

A weapon with a specific nature

Few land-based weapons work like the howitzer: most require being within close-range, and often visual range. Even at the other end of the arsenal, sniper fire does require direct line of sight – though the shooter is usually very well concealed. Infantry fire, for instance, requires moving units to the direct location where they are expected to deliver fire. Infantry units are therefore, by nature, resources which must me re-located every time an action is needed. Artillery units are very different by nature: from one given location, they have a potential effect on an entire area. This provides an enormous advantage to military commanders, in several ways. Adequate artillery cover over a battlefield can require an enemy to be constantly on the move, which severely depletes the adversary’s potential. Additionally, it can create no-go zones which will funnel enemy movements, enabling the symmetric creation of kill-zones, either with additional artillery fire or with infantry fire. USMC Major J. S. Dill writes: “Speed, and mobility are key aspects emphasizing the disruption of the enemy’s cohesion and tactical thought process denying his ability to make correct and timely decisions on the battlefield. Its focus is on the enemy with commanders leading from the front and controlling the speed of operations.” The main parameter which makes artillery so unique lies in its “potential fire”. Enemy troops will fear infantry units if, and only if, they have spotted them within range or have identified that a hostile infantry unit is heading towards their position. An artillery unit, by nature, is invisible and systematically sends its ordnance from far away. From the enemy’s point of view, they are always a threat, even when they are not firing. Modern artillery tubes can deliver devastating fire over areas of nearly 3000 square kilometers, according to the type of tube and shell used. In the case of high-mobility artillery systems used, they can be constantly relocated, so as to keep the enemy in the dark and in constant danger. In a nutshell, the howitzer enables the delivery of critical damage anywhere on the battlefield, as soon as enemy troops are pinpointed, through whichever means.