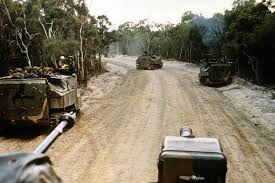 The Australian government has commissioned an autonomous project designed at countering explosive devices and is partnering with at least four participants including Insitu Pacific, Downer Defense Systems, EPE, and Urban Circus.

The said companies will develop a prototype based on Muskito – an integrated concept for combating improvised explosive devices. It is a product made by Downer Defense Systems. Muskito’s primary function is to detect explosive threats from both underground and on surfaces. On detection, it sends a visual cue to the operator using a visual interface.

According to a press release from Downer Defense Systems, the company will play a leading role in developing the new prototype.

According to Andrew Foster, Downer Defense Systems’ Executive General Manager, such projects reinforce the Australian government’s desire to nurture jobs within the local industrial community, and even generate more jobs in the country.

The project is part of the Australian Ministry of Defense, Defense Innovation Hub, which is also called the Hub, whose primary goal is to improve Australia’s defense capabilities by investing in military developments.

The hub not only consider proposals from military companies but also from academic, business, and research organizations which have applications to the private sectors. Insightful and innovative proposals receive funding and have to meet a deadline to submit their prototype.

Downer Defense Systems will play the role of a central system integrator in the project while Urban Circus will have the task of converting the sent data into visual information for the operator.

Insitu Pacific has been tasked to deliver the unmanned aerial vehicle system. Along with Muskito’s ground machine, the drone should have the capability to operate in integrated mode and implement tactical data.