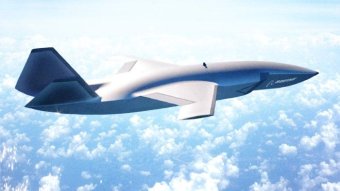 In May of 2020, Australia should receive its first combat drone from Boeing factories. The UVAC, nicknamed Loyal Wingman, will undergo thorough testing and gradually be integrated to Australia’s air defense system.

Australia is on the verge of joining the small club of countries which use autonomous aerial combat vehicles, along with the US, Iran, Israel, India and China. Boeing has completed the production of Australia’s first and custom-built combat drone, product of the Airpower Teaming System (ATS) program. The drone, which is expected to be joined by two sister-ships at a later date, will not form an autonomous force, but will be blended in, with manned fighter jets. The RAAF simultaneously  hopes to experiment with the new vehicle and beef up its air force with the drones. The RAAF already has a sizable air force composed of 4th-generation F-18 fighters and 5th-generation F-35, both of American design like the drone, but needs to strengthen its position facing the growth of Asian influence in the region.

ATS drones, which cost less than fighter jets, will give some relief to Australia’s military budgets, under strain from the F-35 program. With semi-autonomous software design, they will not need to be managed by neighboring pilots, who can focus on their individual missions.

The ATS drone is expected to be launched on its maiden flight later in 2020, and will undergo various experiments. The RAAF is particularly interested in establishing how much drone-collected data it should transfer to pilots, without overwhelming them. Boeing is keen to share the experiment data in order to perfect its other drone programs. The aircraft was designed with cost, stealth, range and payload in mind. Most of its specs are nonetheless kept secret by Boeing.

With Australia’s ATS drone program, Boeing has succeeded in bringing another country on board with drone operations, and is targeting the lower end of the commercial spectrum, having successfully used low-cost assembly and design techniques.