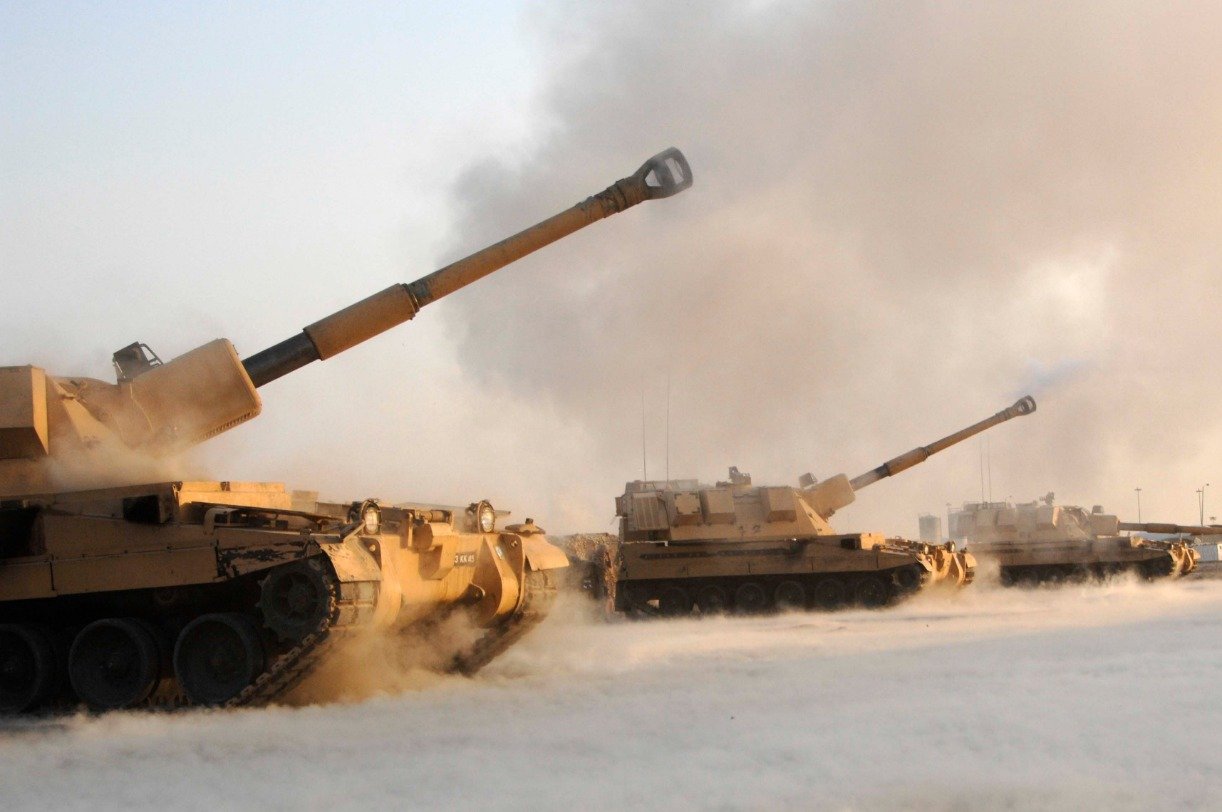 The British Army will soon begin the phasing out of its AS-90 Vickers artillery, which is nearing the 30-year mark.

The British Army will soon begin the phasing out of its AS-90 Vickers artillery, which is nearing the 30-year mark. With shifting types of warfare and important evolutions in technology, the replacement will require much scrutiny from the general staff. But if replacing Britain’s howitzers will necessarily be a complex and time-consuming task, it is also an opportunity to reinvigorate the armed forces, amidst budgetary cutbacks.

The Vickers 155 gun was one of Britain’s most recent engineering (and business) feats. A solo endeavour, it was launched by Vickers on the assumption that competing international programs would eventually fail—which they did. As a result, when the time came for Britain to acquire new artillery, Vickers was able to produce their entrepreneurial baby, while all competitors had only drawings and sketches of theirs. Developed in the 1980s and fielded in the 1990s, the AS-90 has proven an excellent gun. Fitted with 155-millimeter tubes, the howitzers have aged rather gracefully, with several successive upgrades, namely in admissible types of ammunition and digitization—two fields where massive progress was made in recent decades. So, because the platforms are nearing retirement age, and because there is only so much upgrading which can be done on one single vehicle, the Ministry of Defence is starting to work on the next phase.