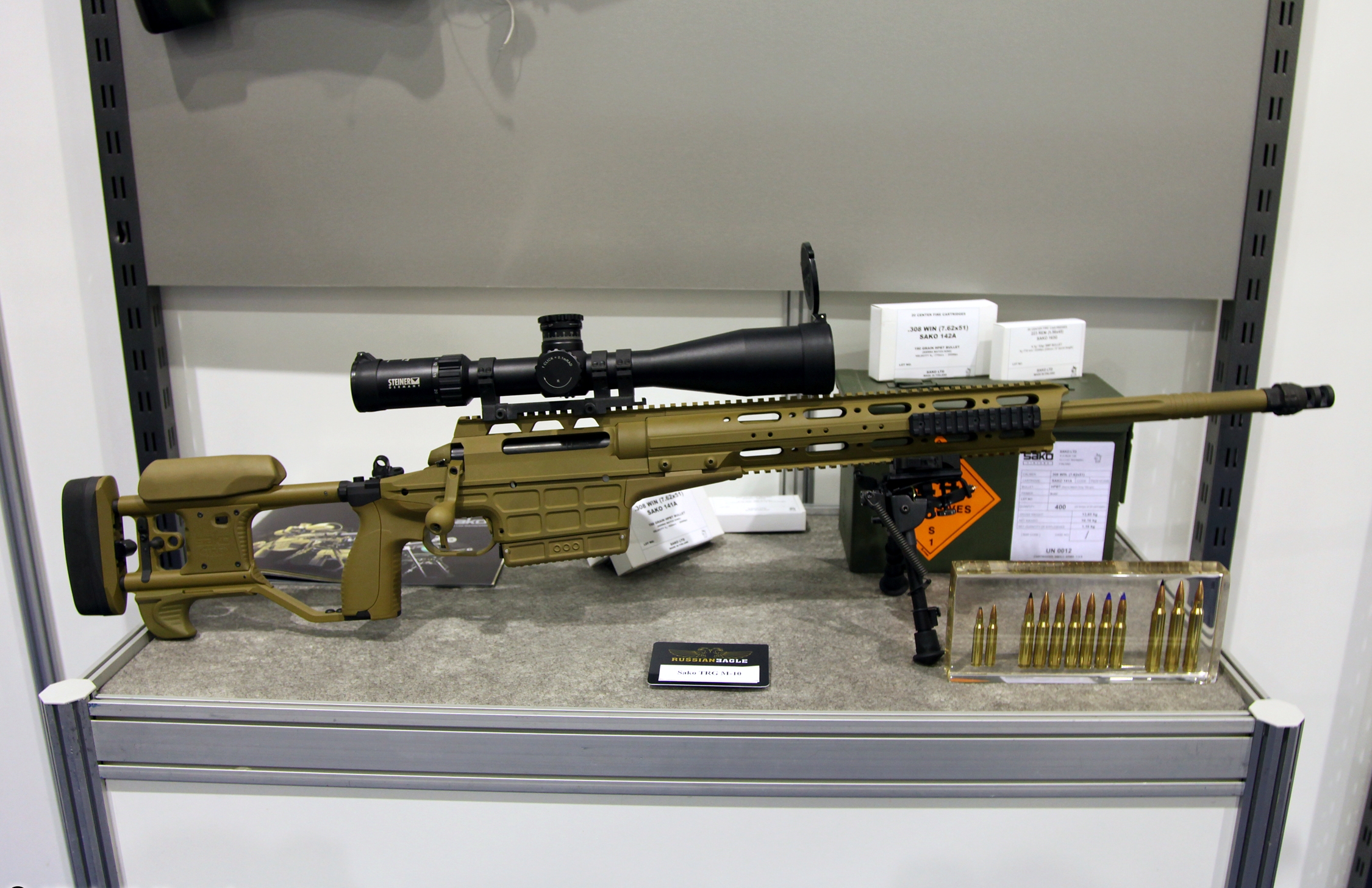 According to information cited by Canadian media, Ottawa has selected the SAKO TRG M10, a Finnish sniper weapon system for its new long-range rifle requirement for its troops.

229 units of SAKO TRG M10 is expected to be delivered by the end of this year.

SACO TRG M10 is considered an evolution in the design of sniper rifles and was unveiled around a decade ago in October 2011. One of the key features of the SAKO TRG M10 is the ability to switch calibers by changing bolts.

The sniper rifle can switch between .308 Winchester (7.62 × 51mm NATO), .300 Winchester Magnum, and .338 Lapua Magnum chamberings just by changing the bolts. To completely switch from one caliber to another, you still have to change magazines, forends, and barrels.

The SAKO TRG M10 has been designed for military use and has equivalent for civilian usage. It is an extremely precise long-range rifle. While its maximum operating range is up to 1,500 meters, its proven effective range is up to 1,200 meters.

Equipped with a folding adjustable butt and aluminum middle chassis frame, the SAKO TRG M10 innovatively integrates a hand guard into the immediate vicinity of the trigger.

The SAKO TRG M10 has indicators that help identify different modular components for different calibers, where each caliber-depending component is specially marked so users can recognize the caliber of each part visually or by touch.

According to the Canadian government, the SACO TRG M10 sniper weapon will provide its troops increased combat capability resulting in more flexibility and effectiveness in the battlefield. All 229 units are slated to arrive by the end of this year and will be paid for by Canada’s new weapons project worth 2.9 million.

“Sako’s commitment to great products that meet the needs of defense forces worldwide continues in Canada as we deliver the SAKO TRG M10 as the MCSW [Multi-Caliber Sniper Weapon], satisfying long and medium-range sniper needs with the multi-caliber capability,” said Raimo Karjalainen, CEO of the Finnish manufacturer.