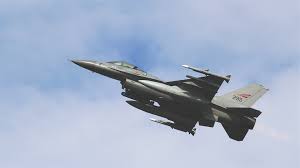 According to China’s state backed propaganda mouthpiece Global Times, the Chinese government has ramped up the serial production of the J-20 stealth fighter.

According to the report, China has produced more than 300 units of the WS-10 engine that powers the J-20 stealth fighter.

“The transition to imported WS-10 engines has made mass production possible,” said Fu Qiangshao, a Chinese military aviation expert, noting that other J-20 systems, including the avionics system, radar system, and weapons systems, have been developed indigenously.

According to information disseminated by Chinese sources, in addition to the J-20, the Shenyang WS-10 has also been tested on the J-10, J-11, and J-16 fighters. Following the successful passing in these tests, the PLA decided to start mass production of the J-20 stealth fighter.

This information was also confirmed by Wang Haitao, the aircraft’s deputy designer; at the Airshow China in late September he had said, the Chinese aviation industry could meet any level of demand from the PLA Air Force.

“In a short time we will be able to see the J-20, controlled by all the eastern, southern, western, northern, and central commands of the theater, and we will become a major force in defending the sovereignty and security of China’s territorial airspace,” said Fu.

According to the Global Times, there is a high demand for the J-20 stealth fighter; the propaganda mouthpiece did not specify the source of such a demand – whether it is domestic or foreign.

Incidentally, there is official information as to the price of a J-20 fighter. According to unofficial sources, the price of the stealth fighter varies between $30 million to $100 million depending on the type of armament and order quantities.

The news of the mass production of the J-20 suggests that it could be for the Chinese Air Force.

According to unofficial information, only 150 J-20 fighter jets are currently in service in the Chinese army. This figure is likely to jump in the coming months.

Countries with limited defense budgets are likely to take interest in the J-20 fighter. Countries in Asia, South America, Africa including Pakistan, Vietnam, Argentina, and Egypt are most likely to be the customers for the J-20.