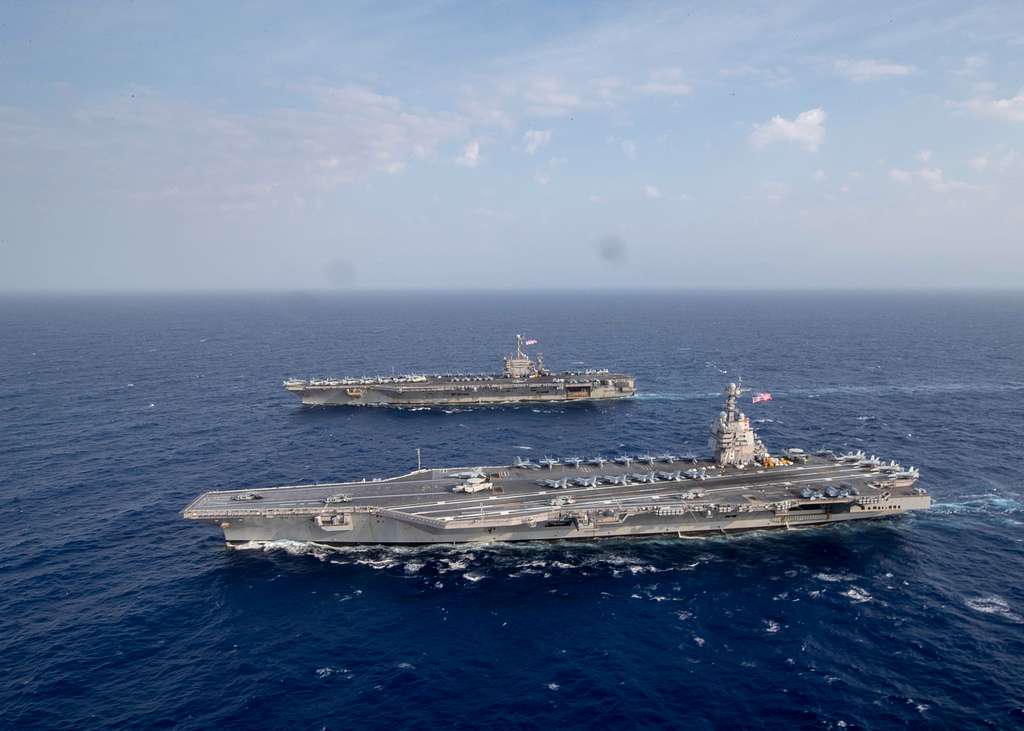 Such has been the exponential growth rate of the Chinese navy that it is barely recognizable from itself in the last twenty years. Among the most notable is its developments of aircraft carriers.

While earlier defense analysts, using open source intelligence (OSINT), had a hard time analysing the developments at China’s shipyards, a new commercial satellite, capable of seeing through clouds have aided their analysis.

Synthetic Aperture Radar (SAR) satellites owned by Capella Space have shed some major light on China’s progress with aircraft carriers. SAR radar imagery enables defense analysts to analyse the happenings at Chinese shipyards, regardless of the time of the day and through cloud cover.

The design of Chinese aircraft carriers, starting a decade ago, can be traced to imported Russian technology, which have now evolved to somewhat match the U.S. Navy’s super carriers. While the People’s Republic of China has two Russian-based carriers in its service, it is constructing a third, Type-003, near Shanghai, which is around the size of the US Navy’s Ford Class.

Thanks to SAR imagery, defense analysts have been able to say that the one under construction has three deck catapults, a major change from the Russian based carriers, which rely on ski-jump bow to launch aircraft. While that works for J-15 Flanker fighters, it however does not permit the operation of other aircraft including KJ-600 AWE&C, airborne early warning and control.

China’s upcoming new aircraft carrier aims to use an electro-magnetic aircraft launch system (EMALS) for catapult; this is the same technology used by the U.S. Navy in its Ford Class aircraft carriers. Thanks to EMALS, the PLA will be able to operate the KJ-600 for the aircraft carrier and improve the endurance of carrier borne fighters.

There appears to be steady progress at the Shanghai yard, with a ship, which was previously in the same dry dock, being moved; this assumes significance since this ship was blocking the entrance of the dry dock. Its relocation is a necessary step in the launch of the new aircraft carrier.

However, according to defense analysts, it is unlikely that the launch of the aircraft carrier is imminent, given the sections of a container ship being moved behind the carrier in the dock.

Further south, at Sanya on China’s Hainan province, the PLA is working on constructing a gigantic dry dock. This is significant given its strategic location which provides it access to the South China Sea. The PLA has already placed a carrier in that location, the Type-002 Shandong, along with the bulk of its nuclear submarine fleet.

In 2016-2017, at the time of construction, China had built a large cofferdam to keep the sea out. Measurements of the docks, which are clearly visible through SAR imagery, confirm that the new Type-003 aircraft carrier will be able to fit in it. Interestingly, given it’s tight beam, it is unlikely that Beijing plans for substantially larger carriers.

Importantly, the largest new dock is around 80 meters (268 feet) wide, the same as the docket where the Type-003 is being built. The Type-003 itself is also approximately 80m wide suggesting that it will fit inside the new dock, and that China does not plan on building new carriers wider than this. Therefore, it is safe to conclude that the Type-003 represents the ‘full size’ of Chinese aircraft carrier for the foreseeable future.

Newer ones may be longer, or have greater displacement, but are unlikely to be wider. If they are wider, the PLA will need to build more infrastructure.

The construction of the new Chinese air aircraft carriers represent a significant increase in the capabilities of the Chinese Navy and could be part of an emergence as a true blue-water force.