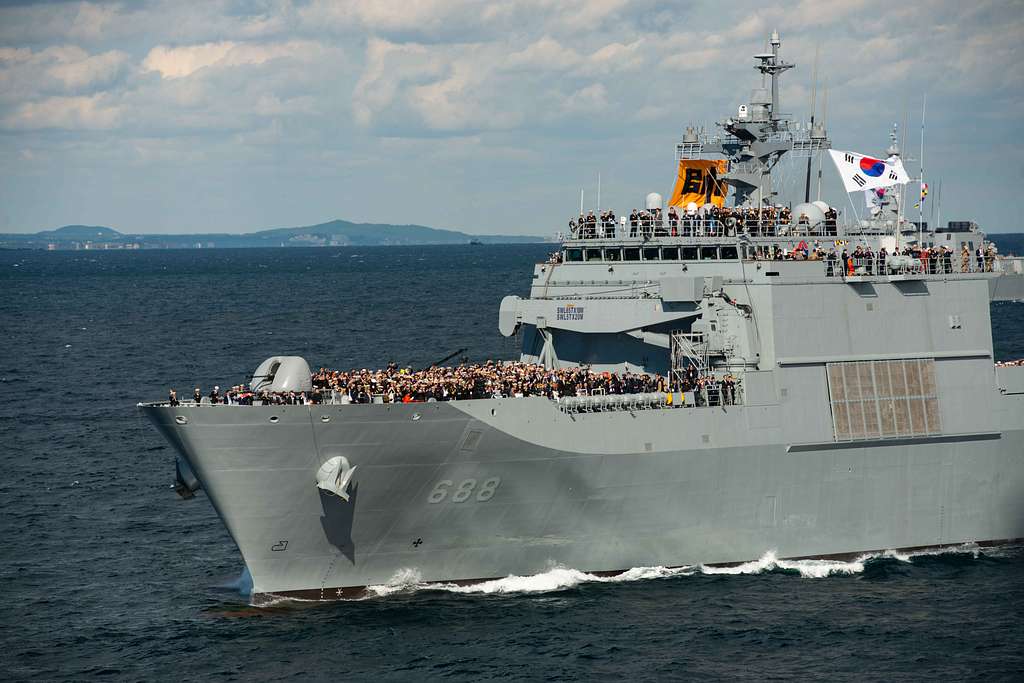 In a statement , the ROK Navy confirmed that a squadron composed of two naval ships – 4,400t destroyer Wang Geon (DDH-2) and 10,000t combat support ship Soyang (AOE-2) , with 152 naval cadets of the ROK Naval Academy and 540 crews of the two ships, will sail through the Bering Sea for the first time.

The ROK Navy’s MIDCRU Squadron will call at 5 ports, including Canada’s Victoria, the US San Diego, Hawaii, and Guam, starting with Alaska.

For the first time in its naval history, the ROK Navy will stop at Alaska port after sailing through the Bering Sea near the North Pole, in what the South Korean Navy described as pioneering the ‘new Northern Route’.

Only fully personnel will be manning the ships to prevent any chance of COVID-19 on board. As a precautionary measure, the ships have also been equipped with medical human resources, PCR test kits, and quick antigen test kits.

Separate quarantine areas have also designated on ships in case of any crew showing signs of COVID-19.

During the course of the trip, both ships will participate in the 70th commemorative anniversary of Gapyeong Battle of the Korean War, in Victoria, Canada.

In Hawaii, the ROK Navy will support the installation of a memorial stone for the Korean War veterans, at the Pacific National Memorial Cemetery.