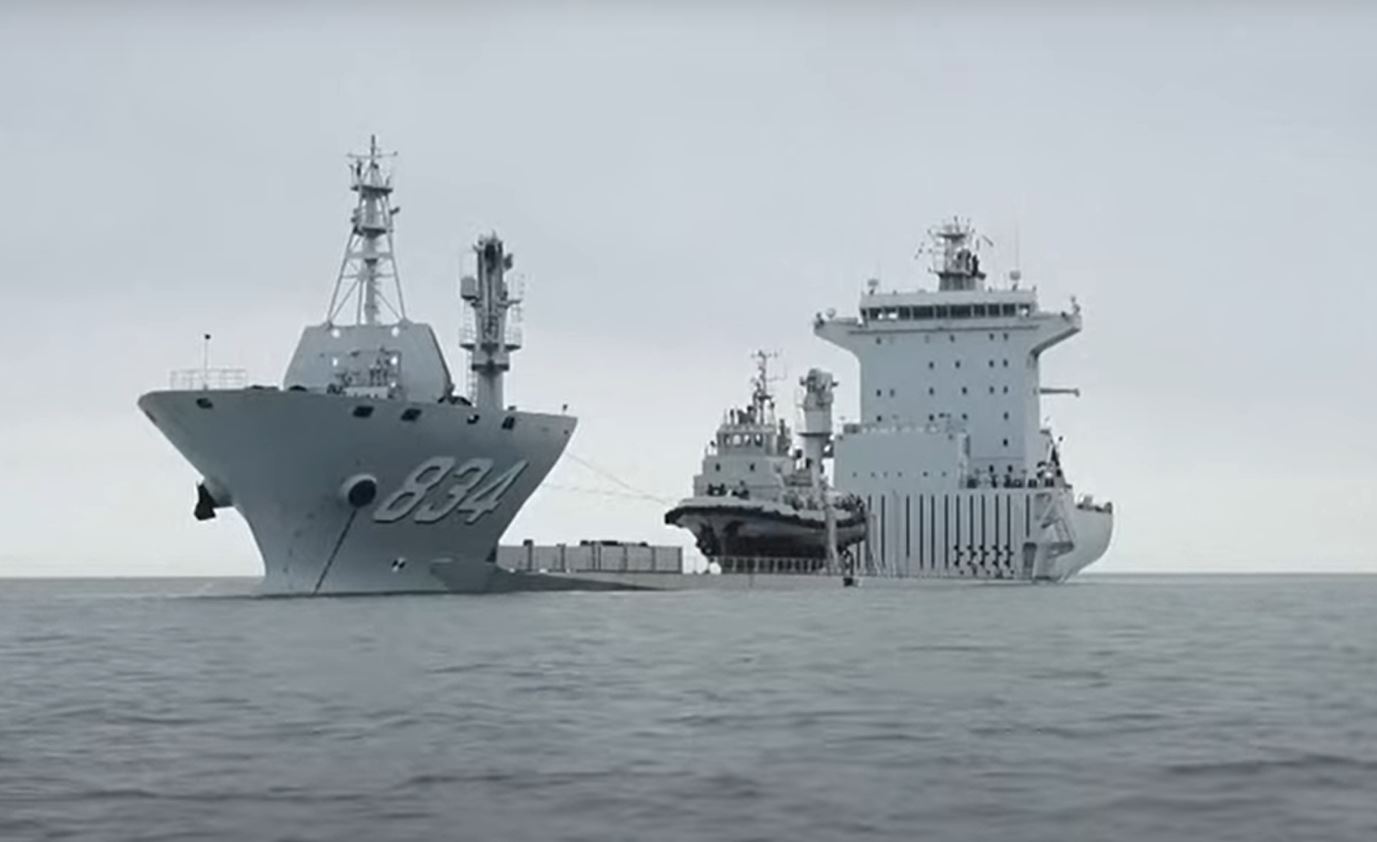 China demonstrates a ship transporting warships. The first footage of the Yinmahu platform, capable of carrying warships, was shown on China’s state-run television.

The Chinese media described the Yinmahu platform as a “heavy underwater platform”.

Yinmahu is a dry dock operation. Yinmahu first sinks to a certain depth. The battleship is then docked at the designated location. Eventually, Yinmahu returned to his original position. As a result, the battleship found itself on Yinmahu’s transport deck, ready to be transported.

According to military experts, Yinmahu’s functionality serves a much larger purpose. For example, withdrawing a warship that requires repair, upgrade, or maintenance. Yinmahu’s goal is not so much to transport the warship from one location to another as it is to repair it while in transit. This not only saves a lot of time, but it also saves a lot of money.

Only one other country in the world has platforms that operate on the “dry dock” principle – the United States. The Chinese Yinmahu is capable of transporting very large warships. According to Chinese state television, warships weighing 100,000 tonnes could be “raised in dry dock” at Yinmahu. To put this figure in context, consider that the Chinese aircraft carrier Liaoning weighs 70.5 thousand tonnes.

The Yinmahu is not the first ship of its kind to be used by the Chinese People’s Liberation Army Navy. Donghaidao is the name of China’s first platform, which was launched in 2015.

China’s navy is constantly growing in size. The aircraft carrier Fujian was the last to launch. It is the third aircraft carrier in the Chinese Navy’s inventory. Fujian is named after one of China’s largest provinces, Fujian in the east.

According to Chinese state television, only Chinese technology was used in the construction of Fujian. The Chinese People’s Liberation Army’s third aircraft carrier has a displacement of 80,000 tons.