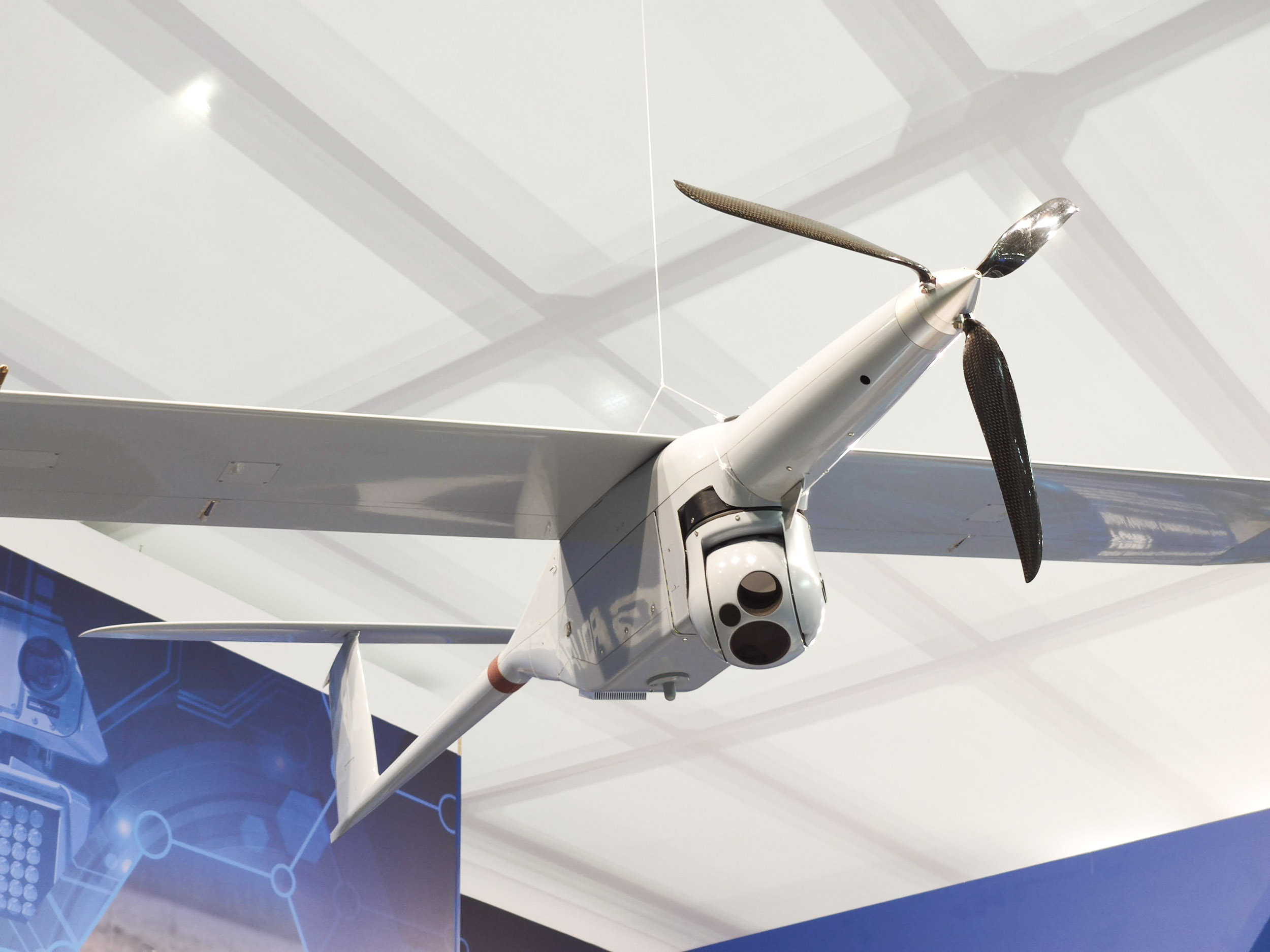 The Russians have managed to capture a Flyeye drone in Ukraine. Photos of a fully assembled unmanned aerial vehicle manufactured by WB Group have surfaced on social media sites linked to Russian propaganda.

On January 9, photos of the captured drone first appeared on the “War Gonzo” Telegram channel operated by Russian journalist Semyon Pegov. According to him, the machine was captured by Russian soldiers during the fighting in the direction of Luhansk.

It’s difficult to confirm this news since the photos don’t show the circumstances surrounding the drone’s capture.

According to the photos, the aircraft is in good condition and was most likely not shot down or disabled in flight. It is possible that it was in the equipment of the decommissioned Ukrainian special forces or artillery unit. These two formations frequently employ Polish unmanned aerial vehicles. The observation module, whose nameplate can be seen in the photos, was built last year. Every machine component is described in Polish.

As representatives of the FlyEye machine manufacturer, i.e. WB Group, emphasise, this event has propaganda value but has no bearing on the safety of these machines used by Ukraine, and even more so by Poland.

The FlyEye drones have numerous software and hardware safeguards built in place to prevent or severely impede enemy penetration of the captured equipment and its secrets.

In addition to these constraints, the Russians face technological issues as well. The next generation of FlyEye will enter service before they can use the data obtained with this machine.

It is worth noting that the FlyEye drone has a modular structure, making it simple to modify specific system elements. Changes to software can be made at runtime without affecting the hardware.

Despite minor external differences, the currently delivered machines already represent the FlyEye 3.0 version, in which the control range has been increased to 50 km, among other things. In the final days of 2022, WB Group reached an agreement with the Armaments Agency to modernise some of the Polish Army’s FlyEye UAV systems.

About the FlyEye drone

The optical-electronic head includes a daylight and thermal imaging camera, and the communication and control systems are highly resistant to interference. In case the drone loses contact with the operator, it is able to fly according to a pre-programmed flight plan.

It has a take-off weight of 12 kg, and a flight duration of more than 2.5 hours. It is also highly resistant to interference. This was emphasized by representatives of the WB Group.

In addition to the “traditional” tasks of conducting observations or correcting artillery fire, FlyEye can also serve as a communication system repeater, among other things. This is made possible by the design, in which the task module, which lands separately on the parachute, is interchangeable and can appear in special-task variants carried by the same standard aircraft structure in addition to the standard reconnaissance configuration.