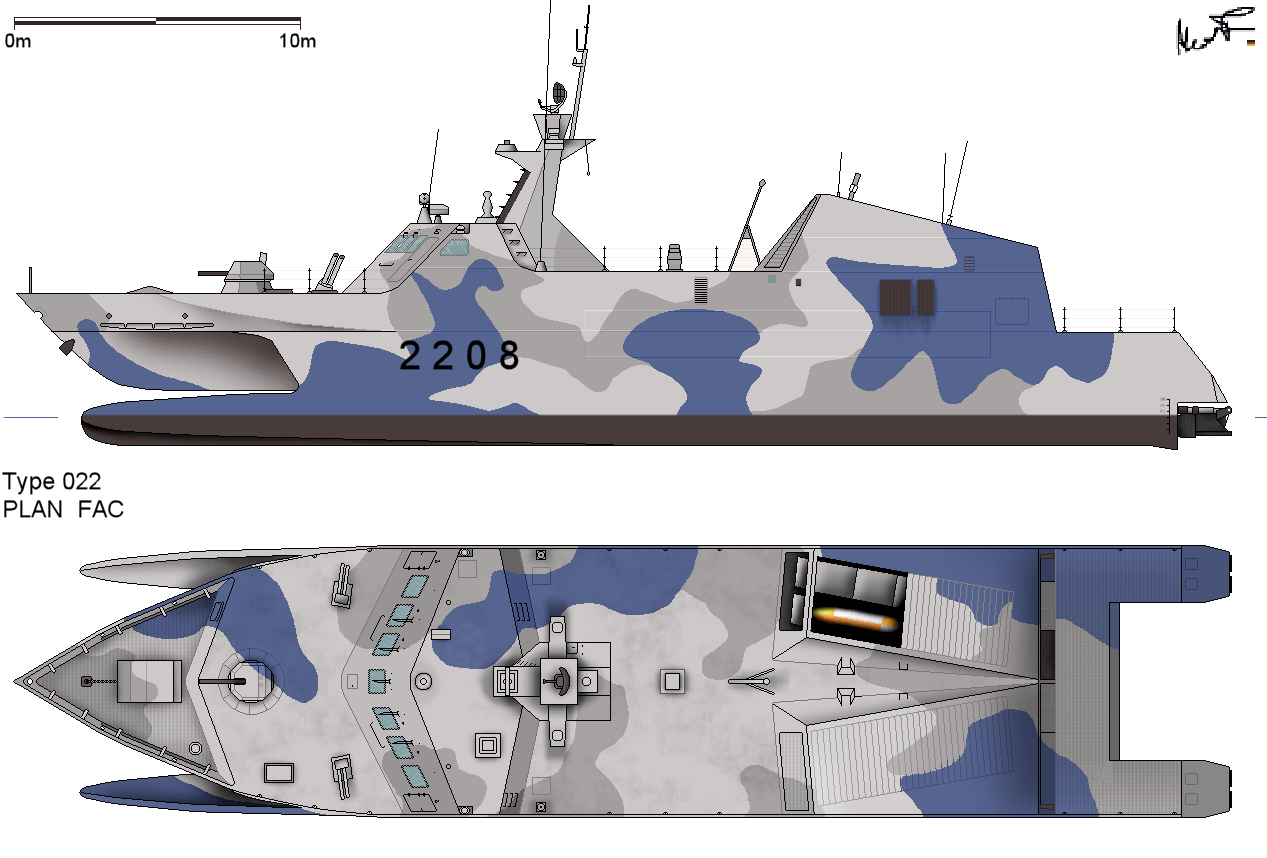 Military designers of warships are increasingly taking care to factor in the radar signature into the design and are incorporating sharp angles to deflect radar waves and are applying coatings that absorb radar energy.

These have become standard features in the designing of modern warships for the last 20 years.

The PLA’s Type 022 missile boat is an extreme case in point. Its lines are angled and sloped to deflect incoming radar waves, much like a stealth fighter. Everything is carefully angled including window frames which have saw-tooth edges, going by published photos of the class.

Despite factoring in such careful considerations, when viewed from space using a radar-equipped satellite, the PLA’s “stealth” ships show up rather well. The Type-022’s unique layout even creates a distinctive signature that can easily be recognised.

According to radar-satellite imagery provider Capella Space, the so-called stealth missile boats are clearly recognizable even when they’re moored in their bases.

The PLA introduced the Type-022 Houbei around 2004 and since then its numbers have multiplied with current estimates being between about 40 to 80 hulls. Unlike most of the PLA’s larger warships, the Type-022 is operated in distinct squadrons comprising of eight vessels.

Operating in swarms, they provide combined firepower of 64 YJ-83 anti-ship missiles. In capability terms, they are loosely equivalent to the U.S. Navy’s Harpoon missile and have an effective range of about 100 nautical miles.

In a conflict scenario, such as the potential invasion of Taiwan, the Type-022 will rely on its stealth feature to survive long enough to launch overwhelming missile strikes and survive a counteract.

The design of the Type-022 is that of a wide catamaran hull, allowing the inward-sloping sides to extend all the way to the waterline; it is like a copy of Lockheed Martin’s Shadow stealth boat. However, its form is not as extreme as that of the Sea Shadow’s, with concessions to operating factors.

It carries the anti-ship missiles in two covered hangars to hide them from radar. The Type-022 can be described as low-observable, meaning that its radar signature should be considerably smaller than one would expect for a regular ship of this size.

The angle of the radar, and frequency of the waves, will impact visibility. Capella uses synthetic aperture radar (SAR). Unlike traditional imagery satellites, SAR can see through clouds in the day as well as in the night. The latest imagery, reviewed by USNI News, provides very high resolution (VHR) imagery down to 50cm resolution. They have very low noise levels and the underlying data can be analyzed to get the best results.

With equipment such as these, the Type-022’s stealth ability becomes rather questionable.

The ability of radar-satellites to observe warships intended to be stealthy is a capability that until recently was limited to a handful of government agencies around the world, although now it’s relatively easy to obtain.

It is possible to point the satellite where you want it and with a high very high revisit rate, the intelligence generated can be extremely timely; the same set of locations can also be monitored over time to see changes in operating patterns and could shed light on leading indicators of planned military action.