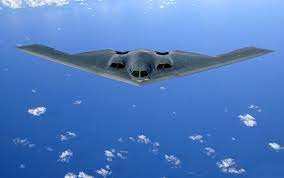 China is working on a new stealth strategic bomber. Although not much information regarding it has been made available in the public domain, it is however likely that Beijing could lift the veil pretty soon: there are indications that the stealth bomber will be doing its maiden flight in the coming months, said Go Heping.

A few days back, Go, the head of the flight test division at China’s state-owned aviation group Avic announced that “an important aircraft of decisive strategic and historical importance should soon complete its first test flight.”

In a news report, China’s state-backed newspaper Global News quoted Go as saying “all employees involved in the test program to should be aware of the utmost importance of successfully completing this mission.”

Although the report by The Global Times did not specifically mention the strategic stealth bomber, it fueled speculation in China that the Chinese Air Force could lift the fog of war on the Xian H-20 stealth bomber which has so far been shrouded in mystery.

As of now, the only that is known about it is that it is a new strategic bomber, whose development had been officially confirmed in 2016. The Chinese Air Force had substantiated the assumption in video sequences in 2018 and 2021 that the H-20 is almost a carbon copy of the US B-2 Spirit.

The H-20 is considered to be China’s most ambitious project in its aviation history to date; it has given rise to speculation that the stealth bomber will take off on its maiden flight by 2023, at the latest.

Once it goes into serial production, it would mark a real turning point for the strategic orientation of the Chinese Air Force and will result in a significant strengthening of its positions in the Asia-Pacific region.

Currently, the Xian H-6s form the backbone of China’s long-range bomber fleet, which have a maximum non-stop range of 6,000 kilometers and can carry 9 tons in weapon load.

In contrast, according to defense analysts, the Xian H-20 may have a flight range between 8,500 to 12,000 kilometers, providing Beijing with a strategic bomber fleet which will have a “truly intercontinental” attack capabilities, for the first time.

Beijing has said, the new bomber will be part of a “nuclear triad” that also includes land-based missiles and nuclear-armed submarines.

The H-20 may bring the US base in Guam, and Hawaii, possibly within its range.