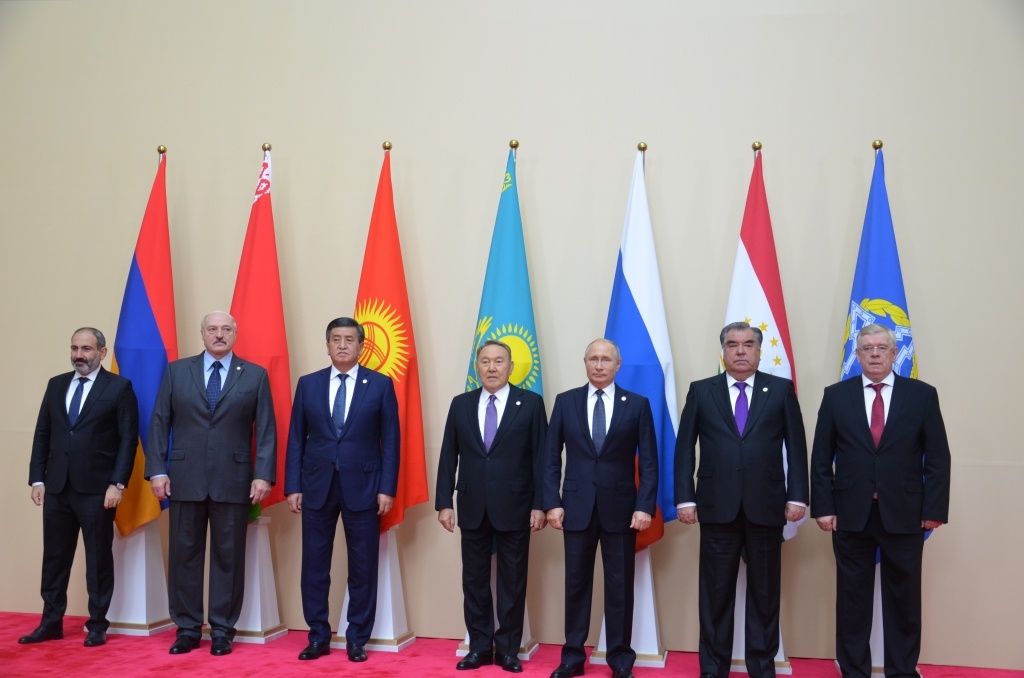 According to a report from Russia Interfax news agency, in case the situation in Afghanistan deteriorates and the Taliban acts aggressively towards Tajikistan, the Collective Security Treaty Organization [CSTO] will step in, said CSTO Secretary General Stanislav Zas.

“Today the situation there is unfavorable, but Tajik border guards and law enforcement agencies fully control the country’s borders,” said Zas in reference to the situation on the Tajik-Afghan border following a meeting in Dushanbe of the Council of Foreign Ministers, the Defense Ministry, and Secretaries of the CSTO Security Councils.

“Therefore, all CSTO member states are unanimous and once again reaffirmed a common position: in the event of an aggravation of the situation on the southern borders of the CSTO, Tajikistan will be provided with all the necessary military and military-technical assistance,” said Zas.

He went on to add, a meeting has been scheduled on September 16 wherein the CSTO Collective Security Council will discuss proposals including ones to prevent potential threats from Afghanistan.

On September 9, Deputy Prime Minister Yuri Borisov had said, within the framework of the meeting of the CSTO Collective Security Council, on September 16, an agreement would be signed on equipping the CSTO collective forces with modern weapons and equipment.

The CSTO includes Kazakhstan, Armenia, Kyrgyzstan, Belarus, Russia, and Tajikistan, which chairs the organization in 2021.

The CSTO has a collective rapid reaction force.

On September 11, Russia’s Ministry of Defense of the Russian Federation stated it has commenced the transfer of a batch of 12 modernized armored reconnaissance and patrol vehicles BRDM-2M, small arms, melee weapons, and property of radiation, chemical, and biological protection, to the armed forces of Tajikistan.

“Against the background of growing instability near the southern border of Tajikistan, we are jointly ensuring the security of our states. This is a reliable and proven technique that will increase the combat potential of the armed forces of the Republic of Tajikistan and will become another weighty argument in ensuring the country’s defense,” said the deputy commander of the troops on September 11 [Central Military District] Yevgeny Tsindyaykin at the arms transfer ceremony in Dushanbe.

In October, Zainetdinov said “an exercise with intelligence forces of the armed forces of the CSTO states Poisk-2021, logistical support units Echelon-2021 and the Collective Rapid Reaction Forces – Interaction-2021 will take place”.

In November, the CSTO will hold a special tactical exercise “Cobalt-2021” with special forces units of the Collective Rapid Reaction Forces in Tajikistan in November. Within the framework of this exercise, tasks will be worked out to suppress the activities of illegal armed groups.