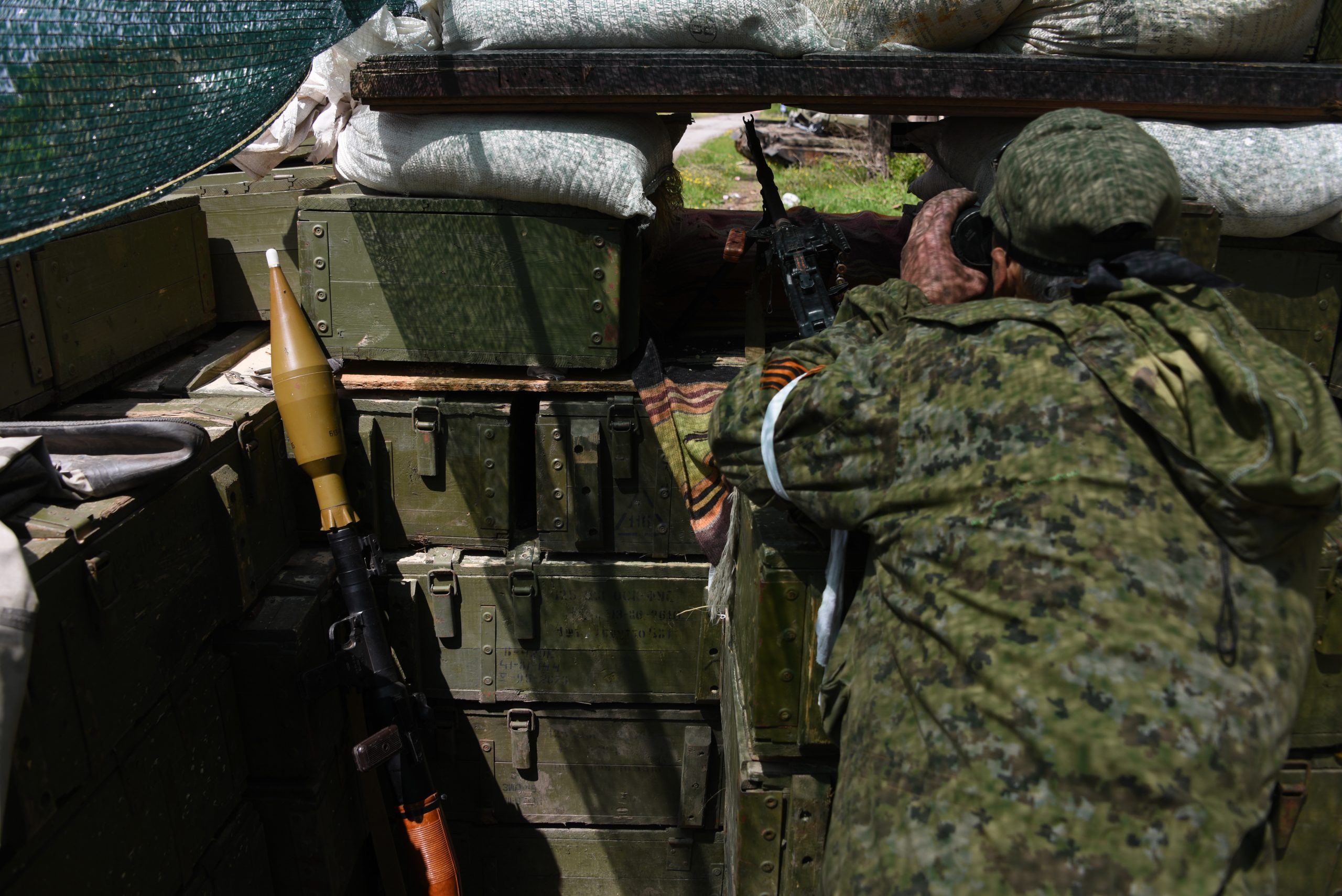 Foreign Ministers of NATO met in Bucharest, to decide on its support to Ukraine.

Around a decade ago, the military alliance had met in Bucharest, when former US President George W. Bush had tried persuade its transatlantic partners that Ukraine and Georgia should one day join the alliance.

The foreign ministers have “reaffirmed” that decision and have left it at that.

Their statement on the Ukraine war also emphatically mentioned that the NATO “will never recognise” Russia’s incorporation of the four Ukrainian regions and underscored its resolve to “continue and further step up political and practical support” to Kiev.

The NATO General-Secretary Jens Stoltenberg, who typically voices Washington’s point of view, warned that despite the brave front put up by Ukraine, Russia continues to retain strong military capabilities and has a large number of troops at its disposal.

NATO also decided to continue to lend support to Kiev for “as long as it takes … we will not back down.”

Such statement mark the absence of any new strategic to counter the ground reality in Ukraine where Washington’s best-laid plans are not having their intended results. There are growing reports of disunity on the Ukraine issue among European countries, which is seeing economic downturn and deindustrialization. Washington’s European allies are more vocal in not toeing the Biden Administration’s war in Ukraine.

The neocons in the Biden Administration, who are the driving force in the Beltway are however still full of passionate and intensity. The flicker of hope that the moderate opinion voiced in the famous statement by 30 Democratic lawmakers recently has been brusquely snuffed out.

As evidenced by the stance adopted by the Russian Foreign Ministry, Moscow has drawn appropriate conclusions. Moscow does not see holding the Bilateral Consultative Commission under the Russia-US New START Treaty as making any sense as long as the Biden Administration remains in power.

The Russia-US New START Treaty was scheduled to take place in Cairo from November 29 to December 6.

Given the backing of neocons from the Biden Administration, nothing much was expected out of the French President Emmanuel Macron’s meeting with Biden at the White House where the latter was hoping to discuss the terms of Putin’s surrender.

At this juncture, Europe’s number one priority is to maintain its strategic autonomy and to act in its own strategic interests, which may differ from that of the US.

Given the fallout of sanctions on the global economy, Europe’s should first consider achieving a strategic economic autonomy. With Washington keeping a 300% to 400% margin on gas prices compared to Russian ones, many European countries have charged the Biden Administration with war profiteering charges.

Europe’s energy security is at the base of its industrial might,

In recent week, the visible acceleration of Russian offensive in Bakhmut is significantly shortening the timeline of the capture several Ukrainian cities across the Donbass region.

Once Bakhmut, the lynchpin of the Ukrainian defence line in Donbass, Maryinka and Ugledar is in Russian hands, it will enable them conclusively ward-off any future challenge to the land bridge to Crimea and to the ports in the Azov Sea.

The common thread here is that the ongoing beefing up of Russian forces in Donbass following the mobilisation of nearly 400,000 soldiers is beginning to bear fruit. For the first time, Russian forces outnumber Ukrainian forces, and Russian fortifications have been significantly strengthened.

The fall of Bakhmut will signal the end of the Battle of Donbass, which is the Russian special military operation’s leitmotif. The Ukrainian defence line in the Donbass region is eroding. Russian control of Donbass is possible in the near future.

While what happens next is unknown, it is very likely that Russia’s goal is to push Ukrainian forces further away from the Donbass region and keep the steppes east of the Dnieper river as a buffer zone.

Indeed, the Dnipropetrovsk oblast is rich in mineral resources, with large deposits of iron ore, manganese ore, titanium-zirconium ore, uranium, anthracite coal, natural gas and oil, and lignite coal, as well as being a region of intensive grain growing, animal husbandry, and dairy industry. Its demise will be devastating for Kiev. In political terms, Kiev’s victory narrative — that Ukraine is winning the war and is about to take Crimea, for example — is becoming untenable for much longer.

Europe, too, is grappling with demons: unable to shake the idea of a price cap on Russian oil, which is bound to backfire and exacerbate Europe’s energy security; the need to increase imports of LNG from Russia, which is far cheaper than from America; Europe’s inability to respond to the launch of the highly consequential inflation reduction act in the US or migration of European industry to America; and the EU’s inability to strengthen the international financial system.

As a result, with an impending escalation of the conflict in Ukraine in the coming weeks, the neocons in the US are pushing to increase arms supplies to Ukraine. The neocons invariably win turf battles in the Beltway, especially when the president is weak. If Republicans intensify their investigations into Biden, his reliance on the neocons will only grow in the coming months.

Even in the face of the emerging stark realities of the emerging ground situation in Ukraine, the propaganda for regime change in Russia will not die. As investigative historian Eric Zuesse put it succinctly, the neocons’ goal is “to destroy Russia so fast that Russia won’t be able to destroy America in retaliation.” Everyone except the neocons recognizes the absurdity of the thought. As a result, they will argue that the crucial mistake made by the US in Ukraine was failing to put boots on the ground in that country in 2015.