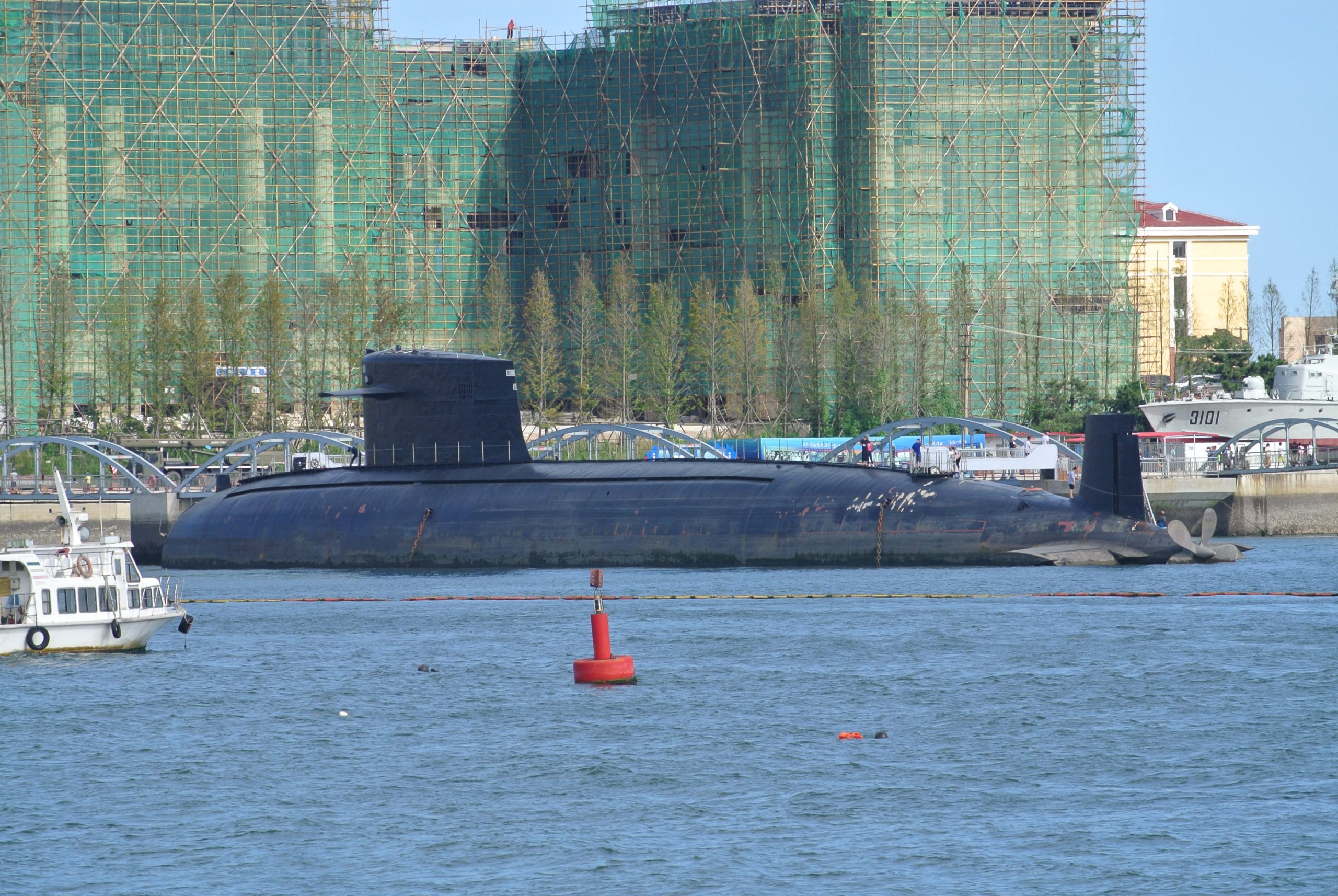 While the ability to keep the design of a submarine secret offers certain tactical and strategic advantages, keeping such massive projects totally secret is extremely challenging. The US Navy’s submarine building plans, for example, are known years in advance. For authoritarian countries however, the task is relatively simpler.

On May 12 2021, details of China’s new submarine, which was ready to be launched at a shipyard in Wuhan surfaced, triggering loads of speculation and analysis. A brief video segment and a candid photo of the submarine has led to a deeper analysis. The submarine in question is currently on the Huangpu River in Shanghai, in the vicinity of 31°15’22.49″N, 121°32’38.71″E.

Naval observers in the West are referring to this new Chinese sub as Type-039C or –D. The last letter refers to it being either the third or forth (depending on who you ask) major variant of the existing Type-039A Yuan Class.

The most distinctive feature of the new submarine is its sail, which has an angled upper section with an angled chine running along it. The angles, give it some sort of a resemblance to the fuselages of stealth fighter planes and could potentially reduce its radar cross-section when it is on the surface, making it more stealthy when it enters or leaves port. It could also provide it some hydrodynamic advantages, including reduced wake at periscope depth.

The new design of the sail also allows more volume close to its top, allowing it to house new systems. However, since the size of the sail is not significantly larger than the previous Yuan class subs, it is unlikely that it will house anything substantial, unless there is a significant reduction in the size of the masts.

Sweden’s influence on the sail

The angulations in the sail draws a natural comparison with the Sweden’s A-26 Blekinge Class submarine. While at a glance the overall design of the sail hints at the Swedish design, on closer examination however, the semblance of a general resemblance gives way to differences.

Case in point: While the A-26 features much more blended lines with a curved leading edge of the sail merging seamlessly into the casing, the Chinese submarine features a straighter leading edge and less blended lower section. The hydroplanes are also positioned differently with the Swedish ones being along the line of the chine. The Chinese submarine has them in the same position as previous Yuan class boats, which places them lower and further forward.

Designers of the Chinese submarine have placed the upper rudder such that it has a towed array sonar (TAS) cable running through it, thus potentially hinting at a significant sensor upgrade for the class as previous Yuans had not been reported with towed arrays.

While the overall look of the sub resembles that of the Swedish A-26, its design is however constrained by the pre-existing structure of the Yuan class. Essentially, the sub features a new reshaping of the sail and, to an extent the casing, but is still based on the old frame.

While this does not take away the potential potency of the new submarine, it does cast it as an iterative improvement of the Yuan Class rather than an all-new submarine.

The length of the new Chinese submarine is approximately the same length as the earlier Yuans, suggesting that it is unlikely that an extra compartment has been added to accommodate vertical launch tubes for missiles; or it may house a radically new power plant.

Also, the sub is equipped with Air independent Power (AIP), similar to the one in Sweden’s A-26 class. This means that it doesn’t have to snorkel to run its diesel generators, to recharge the batteries. Being able to run submerged for much longer greatly increases stealth. The trade-off is that the AIP generates less power so the submarine has to move slowly.

It is also speculated that the sub may feature lithium-ion batteries which offer a much greater power density and possibly even make AIP unnecessary; experts however disagree on this. We will have to wait and watch.

The new submarine could be experimental, or possibly even for export; there is lots that we do not know. This unknown element is partly what will keep observers watching it more closely than other types.