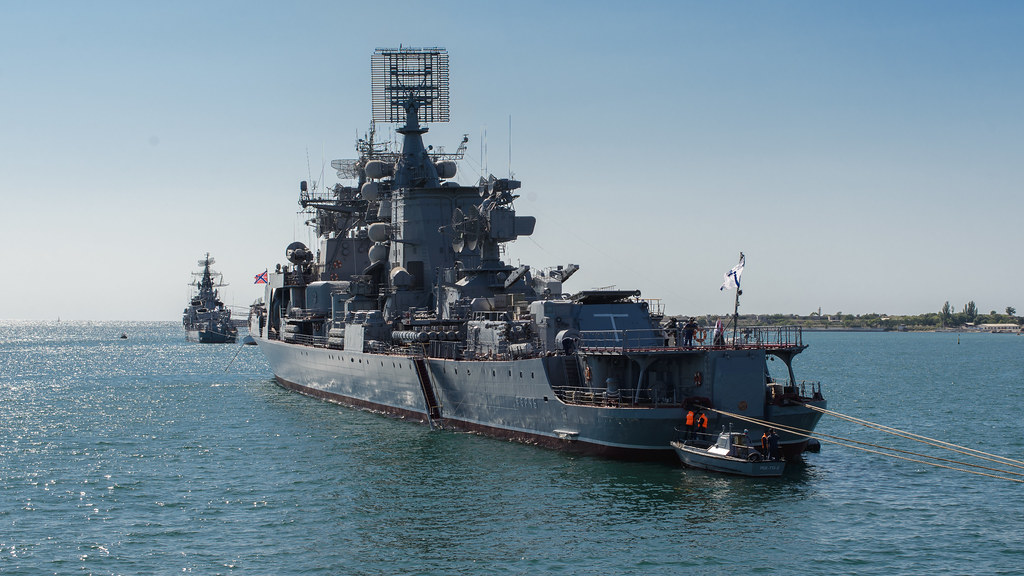 In a statement Russia’s Ministry of Defense has confirmed that the Russian military had fired on a British destroyer which had entered Russian territorial waters in the Black Sea. Moscow had deployed an air Su-24 fighter aircraft and a border water patrol ship to persuade the British destroyer to change its course.

“At 12:06 and 12:08, the border patrol ship fired warning shots,” said the Russian Defense Ministry without releasing any further details.

Before firing the warning shot, Russia launched its all-weather supersonic attack aircraft Su-24 which dropped two high-explosive bombs in the path of the British destroyer as a warning, said the Russian Defense Ministry. Russia had also deployed a Su-30 fighter to this end.

The name of the British destroyer is HMS Defender.

Incidentally, high explosive bombs are ones that employs a process called “detonation” to rapidly go from an initially high energy molecule to a very low energy molecular state.

Detonation is different from deflagration in that the chemical reaction propagates faster than the speed of sound resulting in an intense shock wave. Therefore, the pressure wave produced by a high explosive is not significantly increased by confinement as detonation occurs so quickly that the resulting plasma does not expand much before all the explosive material has reacted.

On Thursday, British Foreign Minister Dominic Raab said, no shots were fired on the British destroyer in the Black Sea and that Moscow’s explanation of the incident was “predictably inaccurate”.

Downplaying the incident, Raab told reporters “No shots were fired at HMS Defender”.

“The Royal Navy ship was conducting innocent passage through Ukrainian territorial waters. We were doing so in accordance with international law and the Russian characterisation is predictably inaccurate,” said Raab. Russia’s Ministry of Defense has published a video taken by an unmanned security and reconnaissance drone of the incident.