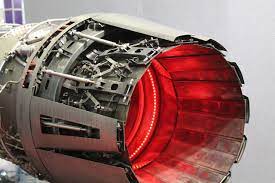 France’s aviation industry is working to create a new jet engine for its next-generation fighter jets, said the French Ministry of Defense.

Towards the end of 2021, in a statement the French Ministry of Defense said, the Directorate General of Arms has completed a large-scale test stand for its next generation fighter engine under the Future Combat Air System [FCAS].

The testing took place under the auspices of the Turenne defense technology project, which was launched in 2015 by the DGA and Safran; the program has two phases.

The second stage, which began in 2019, allows you to test the prototype in real world conditions, using the method of “thermal color” to compare the actual thermal reflection obtained with the simulation data performed digitally in the first stage.

This test is specific because of the technique used, called Thermocolor, which requires heat-sensitive paint that is applied to the blades of a high-pressure turbine, allowing you to measure the temperature by changing the color. The paint is very fragile in its composition and can only be subjected once to a thermal load. After this it loses its properties.

After final analysis, the French Ministry of Defense will assess on how to create an outline for conducting the endurance test, which will last for several months. All tests are scheduled to be completed by the end of this year.

According to the DGA, these tests will establish the aging process, as well as simulate the rapid aging of the new turbine blades. In this way, the defense engineers will be able to predict the life of the engine as well as its capabilities.

Along with these tests, the French military is also developing a new ceramic material for use in very high temperatures settings. The French Ministry of Defense also mentioned that it is working on developing new metal components, which will also be tested to determine their durability.