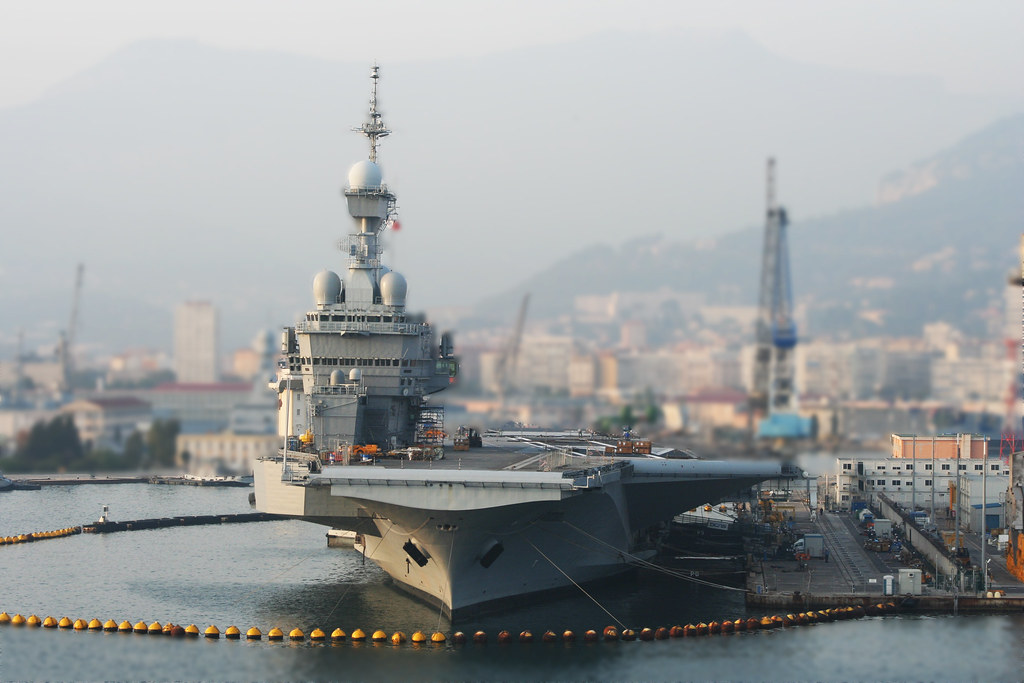 During a visit to Lorient on March 29, French Armed Forces Minister Florence Parly kicked off a summary preliminary design work for the nation’s New Generation Aircraft Carrier [PA-NG], following a successful “detailed preliminary design,” which will see the vessel go into construction in 2025.

The occasion saw Parly inaugurate a “platform” which was attended by the General Directorate of Armaments [DGA], the Commissariat for Atomic Energy and Renewable Energies [CEA], and the manufacturers involved in this program, including the Naval Group, Technicatome and Chantiers de l’Atlantique.

In order to determine the best possible profile of the PN-NG hull, technicians and engineers used digital simulations to build their 1/30 scale models. Furthermore, with regard to the hydrodynamics and the propulsion of this next generation aircraft carrier, its systems will be optimized to implement electromagnetic catapults such asElectromagnetic Aircraft Launching System (EMALS) and Advanced Arresting Gear (AAG).

To evaluate and to better understand how to incorporate such a system, during the end of April, A French delegation boarded the new U.S. aircraft carrier USS Gerald Ford, which is currently continuing its post-delivery test and trials (PDT & T).

In a press release, the US Navy said, the French delegation, led by the general engineer of armaments Nicolas Hué and Vice-Admiral Éric Malbrunot, who is responsible for plans and programs at the National Navy staff, were able to “observe” the operation of the electromagnetic catapults as well as the advanced stopping device, allowing “France to refine the design” of its new next generation aircraft carrier.

“This visit was particularly beneficial for the future of naval aviation” because it allowed “our French allies […] to gain the first-hand experience with our systems and to speak with our technicians”, said Captain Paul Lanzilotta. He went on to add, this can only be beneficial “as we work together in the decades to come. “

In a statement, the US Navy said, the French delegation was introduced to “23 new technologies”, including the electromagnetic catapults and the AAG system, which was supplied by General Atomics and which represents 25% of $13.5 billion – the total cost of the USS Gerald Ford.

Compared to legacy steam catapults, EMALS requires much less maintenance while offering a higher frequency of catapults. However, the latest report from the Pentagon’s director of operational tests and evaluation, was very critical of the electromagnetic catapults, implicating their reliability, considered insufficient.

“The poor or unknown reliability of the new technological systems essential for air operations, including EMALS and AAG, could hamper the ability of the USS Gerald Ford to generate [air] sorties”, summed up the DOT & E report in last January.

According to the commander of the carrier strike group – the USS Gerald Ford, he was “convinced that the acquisition of EMALS and AAG by France as well as adopting a flight deck configuration similar to that of the Ford-class aircraft carriers will improve interoperability between the US Navy and the French Navy.”

“France and the United States remain the only two countries to operate nuclear-powered aircraft carriers, and this visit was crucial for us to maintain this high level of interoperability for future joint operations,” said Vice-Admiral Malbrunot.