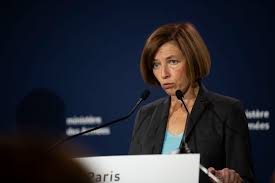 a significant development, the French government has decided to leave its defense budget unchanged despite the economy coming under pressure from coronavirus-induced lockdowns. France will maintain its 2021 defense budget.
The defense budget, planned before the onset of the pandemic, as part of the 2019-2025 military program law, represents “the third year in a row that we have followed the military program law to the letter: This is an unprecedented effort, with an additional €1.7 billion [U.S. $2 billion] or so every year,” said Armed Forces Minister Florence Parly.

She went on to add, since 2019 the armed forces have had €18 billion more to spend compared to 2017. She also noted that for the period of 2019 to 2023, a sum of €110 billion has been sanction for the defense investment budget, which is more than the €100 billion national recovery plan announced by the government last month.

Françoise Dumas, the president of the National Assembly’s National Defense and Armed Forces Committee, however has called for “defense to be at the heart of the future recovery plan.” Voicing similar concerns, Cédric Perrin, vice president of the Senate Committee on Foreign Affairs, Defense and Armed Forces, argued “there is no specific component of this €100 billion plan for the defense industry.”

While the French government has allocated €49.7 billion in its defense budget for 2021, it includes payment appropriations to the tune of €39.2 billion – a planned expenditure detailed in the 2019-2025 military program law. Further, a record €22.3 billion has been earmarked from this towards upgrading defense installations and equipment; €12.3 billion has been allocated towards payment of wages and €4.6 billion towards operating costs. The department focused on veterans’ affairs is set to receive €2 billion from the defense budget while €8.5 billion has been allocated towards pensions.

Two major programs for the service are also scheduled for launch in 2021 including the future combat air system demonstrator and the Mentor training aircraft.