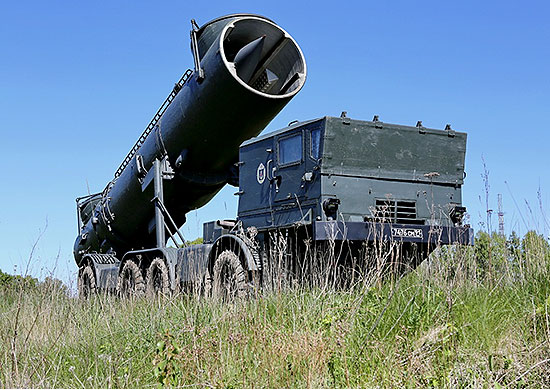 According to reports from state news agency TASS, the prototype has been developed. The Tsirkon coastal missile system has a four-axle launcher and will carry two hypersonic missiles, according to TASS reports.

Incidentally, a shore-based hypersonic missile system is not a new concept. Towards the end of 2019, Russia had announced its intention to develop such a weapon system. Russian President Vladimir Putin had announced the creation of such a system.

“We are working on a plan… on the Tsirkon hypersonic missile, both ground and sea-based,” said Putin said in a speech, shows reports from Interfax.

Russia’s plans have however undergone change. According to reports, Moscow intends to integrate the Tsirkon coastal missile defence system by the end of 2022, according to TASS sources.

The first battery of the Tsirkon coastal missile system is likely to be deployed in Crimea given its current preoccupation in Ukraine.

Currently, the Bastion system is Moscow’s main bulwark. This system is intended to defend against surface ships, including aircraft carriers, convoys, and amphibious assault ships.

Reports from TASS states that the Coast Guard version of Tsirkon will be designed for both land as well as naval targets.

The naval version of the Tsirkon missile entered service with the Russian Navy earlier this year in September, with the Admiral Gorshkov frigate being the first to receive the missile.

The naval version of the missile is already in serial production. Russia has conducted several missile tests over the last two years, using launches from warships in various seas. One of the key tests happened during December 2021, when salvo launch tests of the missile was conducted.

About the Tsirkon hypersonic missile

The naval version of the missile has a range of 1,000 kilometres. It has a maximum altitude of 28 kilometres and a maximum speed of Mach 9.

It can carry a warhead which weighs between 300 to 400 kilogrammes. Unlike conventional warheads such as high explosive (HE), the Tsirkon can carry a 200 kilo ton nuclear warhead. The naval version is not only used in warships, but also in select submarines.

A few years ago, Putin had announced that Russia intends to develop 6 “super weapons”. One of those is the zircon.

According to Russian experts, the zircon missile is capable of sinking a US aircraft carrier and can evade the most sophisticated US air defence systems.

During flight, the air pressure in front of the missile is said to create a plasma cloud that picks up radio waves, making it nearly invisible to radar systems due to its flight speed.