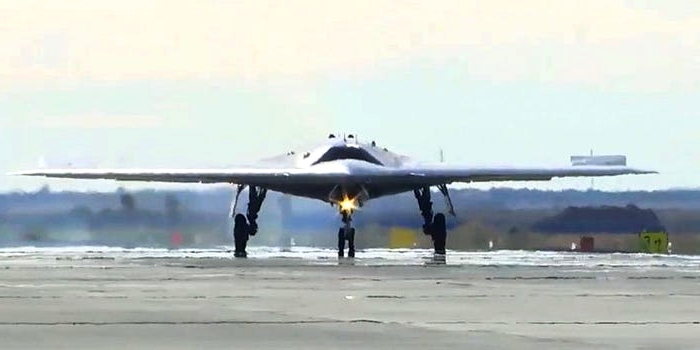 In a statement Russia has officially confirmed that it has deployed the Sukhoi Su-57 in Ukraine on multiple occasions including on October 18, 2022.

This was stated by General Serhiy Surovikin, commander of the unified group of troops in Ukraine when briefing Russian reporters.

Every sortie of the Su-57 involved air and ground targets.

“It [the Su-57] solves multifaceted tasks,” said Surovikin while noting its array of armaments. Earlier in June, Russian media reports had suggested that the Su-57 was being used “to build a tactical information network.”

According to Vladimir Gutenev, member of the expert council of the State Duma, the Su-57 had earlier been used in Syria as well. In 2018, Russia had deployed four Su-57 fighters in Syria. At that time there only prototypes of the fighter plane; mass production began only towards the end of 2021.

Gutenev also stressed that the Russian Air Force and Space Force had used the Su-57s extensively to “detect American F-22s and F-35s that are in the same theater of operations.”

He went on to say, the war in Ukraine has given a new perspective on the capabilities of the Su-57, which had not been earlier tested in Syria. According to military experts, this is why Russia is using the fifth generation fighter plane with caution since it is still to test its full operational capabilities.

It is in this context that Surovikin spoke on data collection, remote attacks and the collection of tactical information.

Although Surovikin mentioned that the Su-57 was used against aerial targets in Ukraine, there is no publicly available information to corroborate this information as of now. There have not been any reports of visual sightings or intelligence data from radars.

Incidentally, the Su-57 primarily uses long-range air-to-air missiles, including the R-37M (РВВ-BD), medium-range K-77M missile as well as two short-range missiles: the R-74М2 and the K-MD. The R-74M2 is an upgrade of the R-74.

By the end of August, Russia had built 4 new Su-57 fighters, as stated by the executive director of United Aircraft Corporation Yuru Slyusar to TASS.

“Four serially produced Su-57 fifth-generation multirole fighters were built today under a government contract with the Ministry of Defense of Russia.”

This is in the backdrop of severe economic sanctions against Moscow. The continued production of fifth generation fighters suggests that Russia has managed to navigate western sanctions.

“The Su-57 program continues and the future is clear,” said Slyusar.

Towards the end of August, media reports had said, Moscow is building new production facilities for the serial production of its Su-57 stealth fighters.

According to Russian sources, new production assembly lines have been opened at the Komsomolsk-on-Amur aviation plant in the Far East.