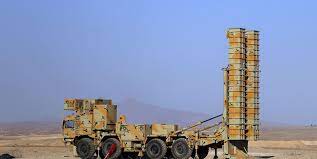 According to a report from Britain’s Guardian, citing regional intelligence services, Iran is supplying Russia with RPGs, Brazilian missiles, and the Iranian-made Bavar 373 anti-aircraft missile system through arms smuggling networks.

The Bavar 373 air defense system is based on the Russian S-300 anti-aircraft system. Following the collapse of the Soviet Union and years of Western sanctions on Iran, Tehran has found an ally in Moscow. Along with Armenia, the three countries form the so-called Caucasian wasp.

While the Iranian military mostly sources its military hardware from within the country, it continues to source Russian weapons systems.

In 2011, Iran built its first working prototype of the Bavar 373; following years of testing and tweaking, it finally unveiled a complete version of the Bavar 373 and in 2020, it used it for the first time in a military exercise.

One of the pillars of the Russian defense industry is the production of anti-aircraft missile systems, thus is is difficult to digest that Moscow is experiencing difficulties in this area, therefore it would be logical to assume that Russia has an agreement with Iran to test the Bavar 373 in real combat scenario.

The testing conditions are also largely favourable since Moscow controls the skies over Ukraine.

Technical specification of the Bavar 373 show that it is an air-to-ground missile having a long range.

The Bavar 373 has two missile silos, each loaded with the Iranian Sayyad-4 missile, which have a range of around 300km.

Iranian experts opine that the Bavar 373 has been designed to not only intercept aircraft but also destroy ballistic missiles. The Bavar 373 is built and propelled by an 8×8 truck, with the missile silos mounted in the rear axle of the vehicle.