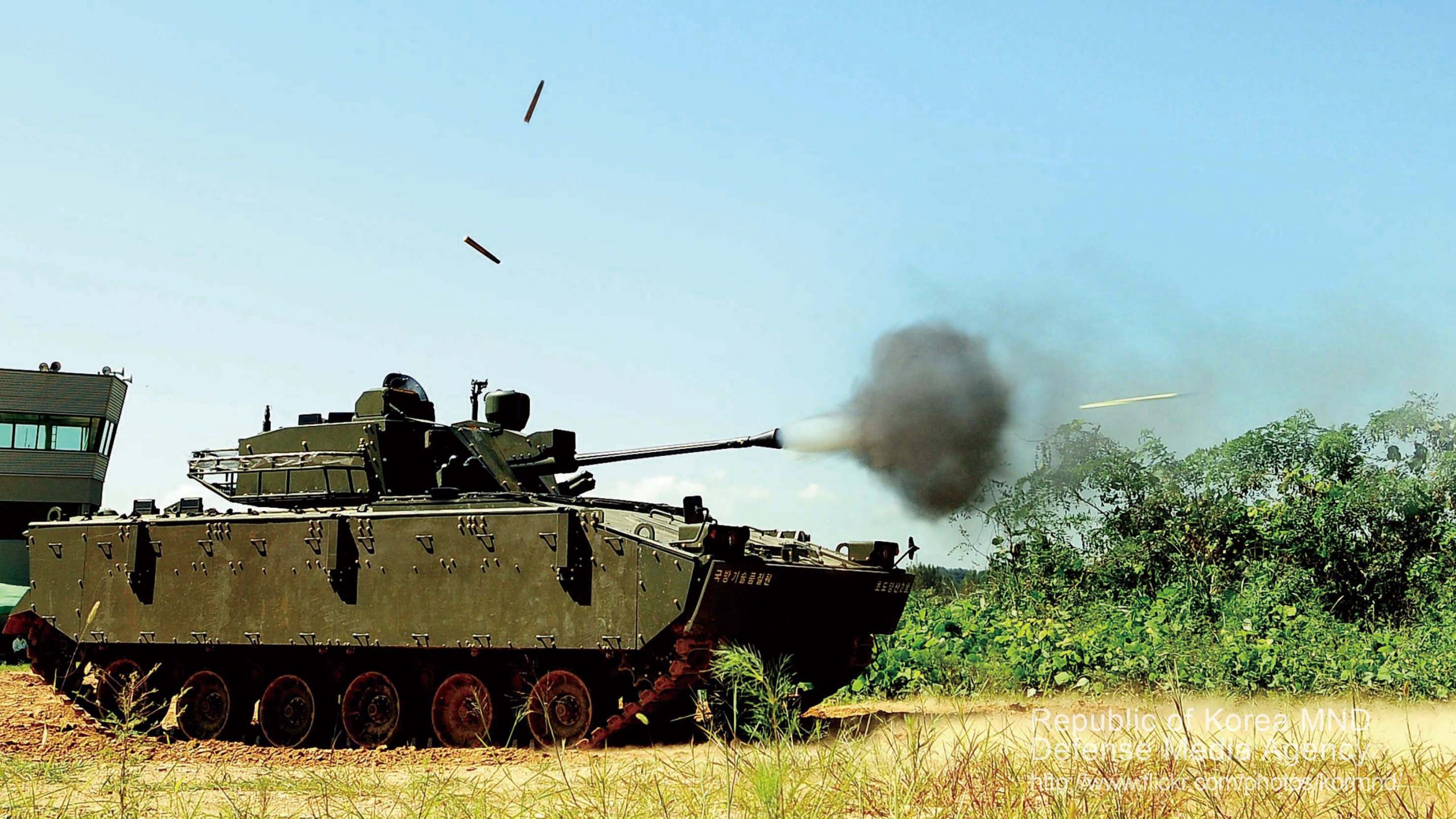 The K-MPF model was presented at the DX Korea 2022 Ground Forces Expo in Korea.

It is equipped with a 105 mm low-pressure cannon, two anti-tank missiles, RCWS and an active safety device. Weighing between 25 to 30 tons, depending on the configuration, it is manned by a crew of 3 people. It has an automatic supercharger and uses a 750 horsepower engine.

According to Hanwha Defense, the K-MPF was born out of unavoidable circumstances and the threats posed when entering North Korean territory. It has been designed for the rugged road conditions of North Korea.

The K-MPF is equipped with a precision missile system and has a current mileage of 7 km. The manufacturer however plans to increase it to 25 km. It has the ability to fire 12 missiles and can also be used for precision strikes by brigade-level mechanized units.

Equipped with artificial intelligence, the K-MPF can detect threats early using situational recognition and can implement remote control functions to increase its survival rate when deployed in dangerous theatre. It is also equipped with a special robot and an RCWS complex consisting of a 40 mm high-speed anti-tank missile and a 12.7 mm machine gun.

While many opine that tanks have become obsolete following the advent of anti-tank guns in the 1930s, tanks are seeing evolving designs and improvement in capabilities and are still in use today. They are the only weapon that can break through enemy defenses and protect allies on the battlefield.

However, with anti-tank weapons becoming increasingly more powerful, tanks must also add technology to protect themselves. To this end, the ROK Army has begun paying more attention to multi-layer protection of mechanized equipment, including tanks.