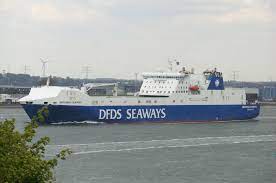 There are growing signs that Beijing is preparing to invade Taiwan.

In late September, Chinese President Xi Jinping a well as the Chairman of the Central Military Commission had instructed the People’s Liberation Army to focus on training to participate in actual military operations.

Incidentally, Roll-On, Roll-Off (RO-RO) ferries are a British concept. They were conceptualised during the landing of Dunkirk in WW2. During this historically important event, Britain realized that it needs ships to quickly load and unload armament.

The difference between a civilian RO-RO ferry and an amphibious assault ship is the ramp. The latter’s ramp opens even if the ship is at sea allowing small ships, boats, drones and pilots to land simultaneously.

According to video footage obtained by the Australians, China is improving the capabilities of private ferry ramps by adding support beams and hydraulic systems which are shown to absorb lateral forces, that are typically seen in tsunamis.

According to international analysts, China is using civilian ferries to camouflage its intent of its practice to invade Taiwan.

China has removed many videos and photos of its civilian RO-RO ferries transporting military equipment, including tanks.