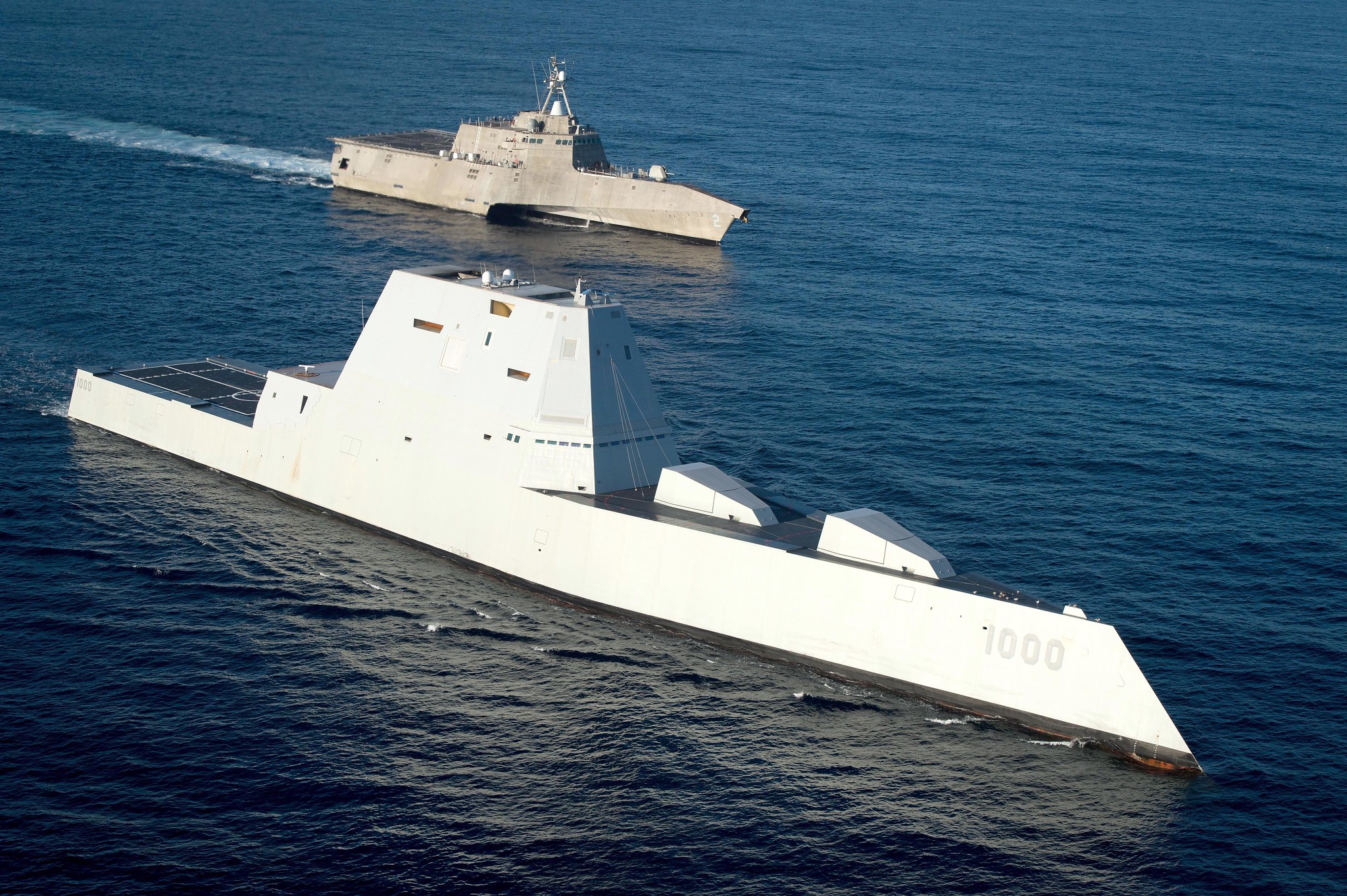 Four years after commissioning, the Zumwalt stealth destroyer has taken to the sea, as it awaits its two sister ships, from the DDG-1000 class, to join it. An advanced and forward-thinking program, the DDG 1000 program has suffered several setbacks, but finally came through.

The Zumwalt was delivered to the US NAvy in April of 2020, after a long string of budget overruns and in-depth program modifications. As the first stealth destroyer, the program had to conduct extensive research on hull properties, so as to reduce its naval radar signature. Additionally, the ship was initially expected to receive the new LRLAP system, designed to attack inland targets. The LRLAP (Long Range Land Attack Projectile) was a rocket assisted shell howitzer, with fin-stabilized glide slope, designed to strike targets at 100  nautical miles. Cost overruns (each shell would cost nearly a million dollars) caused the system to be scrapped and the US Navy is currently examining options for its replacement. In the meantime, the Zumwalt is fitted with Maritime Strike Tomahawks and SM-6 missiles.

In addition, delays and overruns led the US Navy command to reduce the scope of the contract twice, slashing it from 28 ships to 7, and then again to 3. The Zumwalt is the first, and the other two, the Michael Monsoor and the Lyndon B. Johnson, are yet to be delivered.

The ship’s hull was assembled in Maine, at Bath Iron Works, with Raytheon as main systems integrator. BAE Systems, a British supplier, was tasked with the supply of combat systems. The two additional sister-ships are expected to be delivered before the end of 2020.