Continental DefenceMilitary Affairs From a European Standpoint
Home Industry Defense systems: does it work on paper, or does it work? 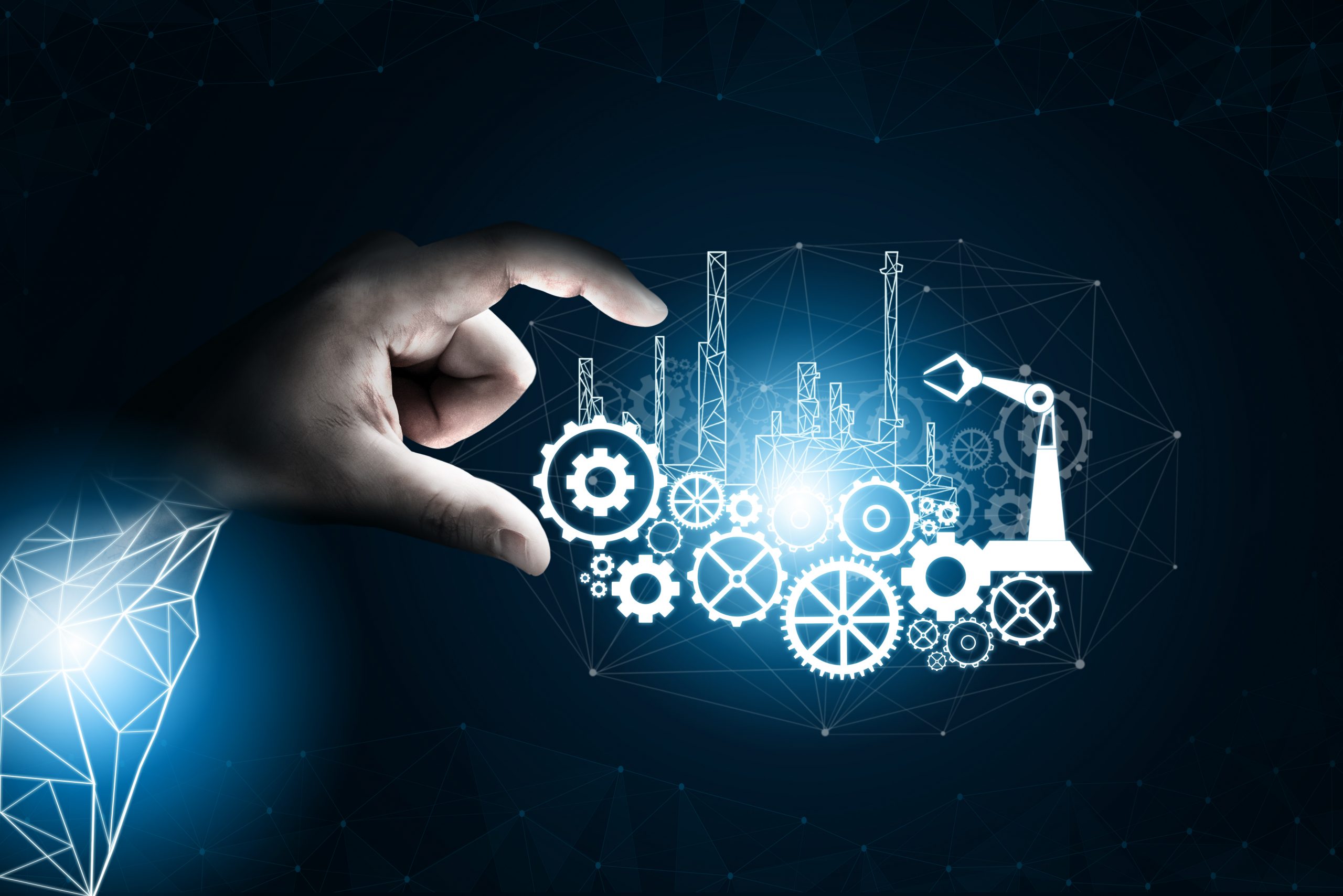 Although every country has a defense strategy, not every country has the same way of going about it. Iceland has virtually no standing army, while the United States has more military power than it knows what to do with, and “leases” its defence capacities to smaller nations (such as Iceland). Even among highly militarized nations, there are wide discrepancies in how to ensure a territory’s safety. For one thing: who’s in charge of next-generation equipment, those who use it, or those who design it?

As specific a market as military engineering may be, it’s still engineering. And so, it finds much inspiration in neighboring fields, namely in how to go about inventing new systems. Nascent areas of technology generally rely exclusively of the engineer’s projections, for lack of practical experience in the field. But mature markets provide a vast quantity of data which engineers then use to develop new systems. Offshore drilling has been around for nearly a century, and engineers now rely heavily on the information gathered in operations to correct existing systems, and invent new ones. Engineering firm Artemis, for instance, has recently developed a new inspection device which was engineered on the basis of past data, and which will collect more in the future, leading to adequate technological leaps. “The system employs Acoustic Resonance Technology (ART) to conduct wall thickness inspections and has been deployed this year in the Gulf of Mexico to inspect an unpiggable 8-in. coated pipeline in 2,400 m (7,874 ft) water depth.Other awards this year are from Aker BP, for inspecting a 12-in. piggyback pipeline offshore Norway. An Australian operator will use the system to inspect a concrete-coated pipeline. In addition, Artemis will perform a re-inspection of 6-in., 10-in. and 14-in. subsea flowlines for DOF Subsea offshore Australia. In this case, the data will be used to extend the field’s life”, Offshore Mag writes.

This approach, which consists in creating as many pathways between engineers and users, is also used in the defense world. Military equipment is generally highly complex and will be used in extremely varied and rapidly-evolving environments. In order to ensure that these expensive pieces of kit are suited to the task at hand, and not mere technological feats, some nations set up rich networks and complex organizations to give breeding grounds to the relationship between the thinkers and the doers. In the US, Darpa (the main engineering body for military systems) regularly brings together officers, engineering students, industrial firms and all stakeholders. In 2016, “DARPA’s Spectrum Collaboration Challenge has reached an early milestone by choosing 30 contenders for the first of the three-phase competition, slated to culminate at the end of 2019 with a live match of finalists who have survived the two preliminary contests. In addition to 22 teams from academia and small and large companies, eight individuals have made it into the competition”, Darpa reported. France also seizes the opportunity provided by its active participation in a wide range of operations (from peacekeeping to counter-piracy, counter-insurgency and strategic retaliation by cruise missiles): more servicemen in the field means more data to harvest, with which engineering of new solutions can be enriched. In this perspective, French shipyard Naval Group designed a new warship (the Gowind 2500) on its own funds, and then lent it to the French Navy, in exchange for a feedback program to ensure engineers were indeed providing what was truly needed. The warship-for-data program was a success, leading Naval Group to write “The GOWIND 2500 is a reference product on the worldwide corvette market. This vessel responds to the needs of navies to have access to a complete and multi-mission combat vessel for sovereignty and maritime protection operations and the fight against illicit trafficking. Ten corvettes have already been ordered by our international partners: Malaysia (6 units) and Egypt (4 units).” The international coronation stands in stark contrast with how out-of-touch with both their craft and the world certain other shipyards can be. Military engineers from the French DGA (Direction Générale de l’Armement, equivalent to DARPA) are regularly immersed within combat units, to constantly re-address the effects of their engineering on the field. The French Army posts: “At the DGA, a pool of engineers shares this experience in operations. “Each conflict has its specificity,” continues Norbert Fargère. In Iraq, for example, we have sent some personnel on mine clearance or NRBC protection issues. In former Yugoslavia and Kosovo, we’ve sent more engineers to work on, among other things, vehicle mobility and anti-sniper equipment. A dozen of us have already gone to Afghanistan in the past two years, particularly for the problems of regular use of IEDs by insurgents, but also during the deployment of certain airborne systems, or even to be work on information systems “. However, not all countries can rely on such a supply of information, and must fall back on the next best thing: engineering projections.

Two such nations in Europe fell into this category, Germany and Italy. Both have developed, over the years, sizable defense industries, with reputable engineers in each case. But neither Italy nor Germany take part in military activity substantial enough to provide these engineers with manageable data, or updates on how battlefields have evolved. Increased mobility, network-centric warfare, IEDs and counter-insurgency: all of these strategic shifts have occurred since Germany and Italy were last in sizable operations. Unable to tweak their equipment regularly according to the feedback provided by their soldiers, engineers have been keeping busy by designing additional features to their obsolete platforms. Germany, for instance, is a recognized global leader in tank production, in a world which no longer uses heavy armor and now relies on highly-mobile and connected equipment. The European Airbus A380/400, for which Germany provided much of the engineering, also illustrates the problem: a beautiful piece of engineering, unfit for its market. As for Italy, despite excellent engineering capacities, it has slowly drifted out of relevance, and military industries have dropped out, one by one, ahead of Germany in the race to irrelevance. Global Security analyzes: “Like Germany, Italy in the postwar period rearmed initially with US equipment, moving on in the 1960’s to licensed production of US designs. For Italy, like its European counterparts, the decline of the export market (from 70 percent of Italy’s defense production in 1980 to 35 percent at the end of the decade), coupled with the prospect of a declining national defense budget, created new pressures to consolidate the Italian industry and eliminate duplication and over-capacity. Italy’s low level of research funding provides an impetus to consolidation in order to reduce research duplication and fund high-cost projects: Italy is said to devote only 1.5 percent of its GDP (L 15 trillion, or $11 billion) to research. Italy’s defense export profile declined significantly over fifteen years 1985-2000 under three principal influences”. As unfortunate as this may be, with little or no military experience, there is only so much feedback engineers can get their hands on, to ensure they are working in the right direction.

The main difference in approaches to military safety lies in their nature: computational or heuristic. During the Space race, the Soviets and Americans illustrated these two approaches. The Russians sent a dog into space to see what would happen, whereas the Americans sent numbers instead. Ironically, Americans have since become the champions of mixing feedback and research in military matters. France, Russia and the UK have followed suit, while other nations, like Germany and Italy, have maintained their purely-engineering approach – thus phasing themselves out of their own markets, by gradual loss of relevance.