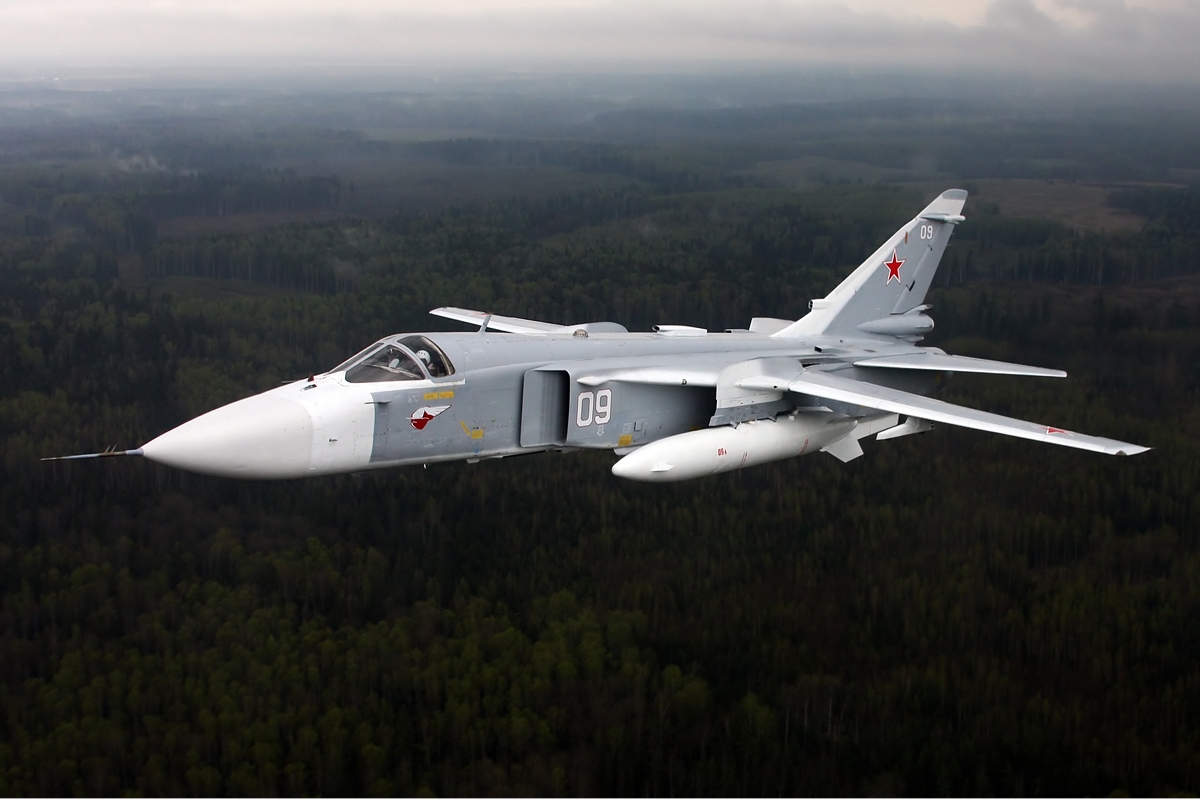 According to a source in the field, on August 27, a Russian fighter jet operating against ISIS terrorists in the Syrian province of Idlib was attacked with two missiles. While initial reports stated that the Russian to be a fighter, later it emerged that was a Su-24 supersonic bomber.

According to a field source, the Su-24 was attacked with two MANPADS missiles which were fired from a Turkish military base.

According to military experts, it is impossible to hit a Su-24 or any other fighter or bomber with a similar type of anti-aircraft missile, given the speed difference between the plane and the missile. The difference in speed does not allow the missile to hit the target. Also, “a launch of false heat targets by the aircraft would be quite sufficient if the missile somehow approached its target” said a military expert

The civil war in Syria is dragging on for almost a decade now. Attempts by Syrian Democratic Forces to overthrow the regime of Syrian President Bashar al-Assad have failed.

While the Syrian democratic forces are armed by allies and the United States, the Syrian army is armed by Russia. Moscow is the only country officially invited to Syria by President Bashar al-Assad.

After former US President Donald Trump deciding to withdraw the bulk of US troops from Syria, many of Syria’s oil fields fell in the hands of the Islamic State. Following this, Turkey came in front saying it was necessary to deal with the Kurds and the PKK movement in the northern part of Syria, which shares a border with Turkey.

Erdogan is aiming to build a stable and secure 30km zone between Syria and Turkey, in an attempt to prevent future terrorist attacks on Turkish territory; he has sent troops to this effect.

In February 2020, at least 62 soldiers were killed and more than 100 wounded after Syrian-backed forces destroyed dozens of Turkish armored vehicles, and shot down more than ten drones.

Washington accused Moscow of involvement in the deaths of Turkish soldiers, which was rejected by Russia.

In early March 2020, Vladimir Putin and Recep Tayyip Erdogan, agreed to a ceasefire in the Idlib de-escalation zone.

The reason for the negotiations between the two was because in January the Syrian army launched a large-scale offensive against positions held by opposition members resulting the recapturing of nearly half of the Idlib de-escalation zone, including several Turkish observation posts. Following this, Ankara boosted its military contingent in the region and launched operation “Spring Shield” to push Syrian troops.

Militants are loyal to Ankara and support Turkey.

Syrian President Bashar al-Assad has said if the US and Turkish military did not leave the country, Damascus would be forced to use military power.