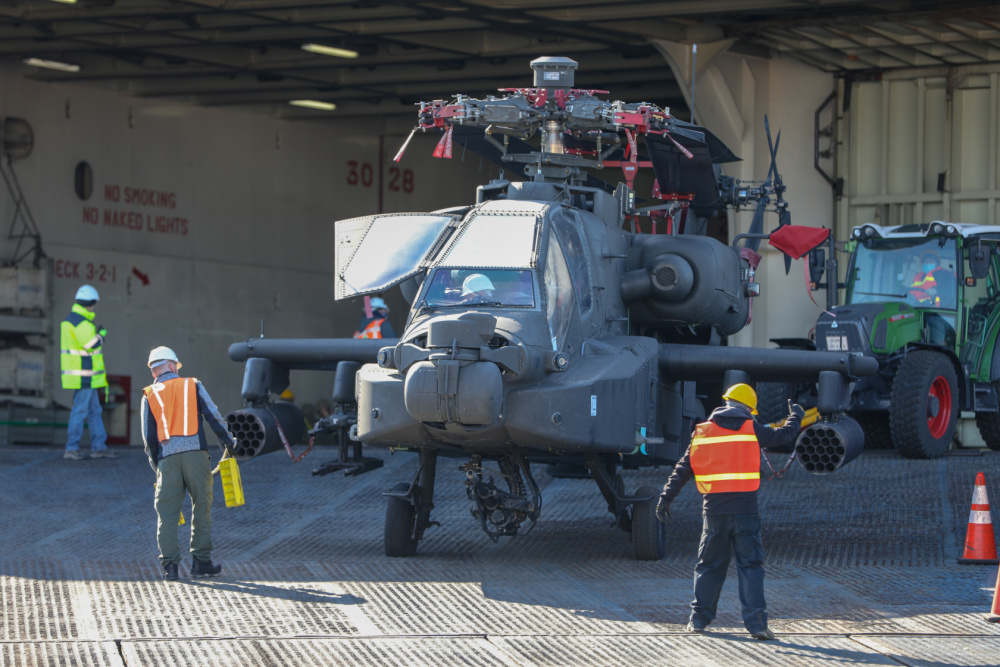 According to a recent news release, the aviation brigade is home-stationed at Fort Riley, Kansas and its equipment arrived aboard the Endurance, a commercial vessel chartered by the U.S. Navy Military Sealift Command.

The brigade is deploying to Europe in support of Atlantic Resolve, and will conduct bilateral and multinational training events with more than a dozen NATO allies and partner nations. These exercises build readiness and strengthen relationships between U.S. forces and our allies and partners.

The aviation brigade consists of approximately 50 UH-60 and HH-60 Black Hawks, 10 CH-47 Chinooks, 25 AH-64 Apaches and 1,800 wheeled vehicles. Only a portion of the brigade’s equipment is being off-loaded in Dunkirk. The rest arrived at the port in Alexandroupoli, Greece in late February. When the port operations are complete, the brigade’s equipment moves to locations across Europe via air, commercial line-haul, and rail. In France, the brigade’s helicopters and personnel are also operating from the airport in Calais, an important logistical hub for the 21st Theater Sustainment Command and for the reception, staging and onward movement of the brigade’s aircraft.