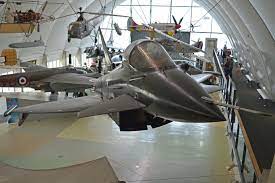 In a significant development, Britain’s quest to develop a 6th generation fighter plane program, named ‘Tempest, touched a new milestone following the official launch of the design and evaluation phase, under a £250 million contract to BAE Systems, who is the prime contractor.

According to the British Ministry of Defense, the aim of this contract is to define and begin the designing the future aircraft, which will be central to a “system of systems”. The contract will also see the installation of “secure” digital engineering tools, which will “significantly reduce costs” and time.

Italy, and Sweden have also signed a Memorandum of Understanding with the UK on developing the Tempest program.

On September, Michael Cristie, the program manager at BAE Systems said in a statement, “international contracts with Italian and Swedish partners” will be “signed by the end of this year”. He went on to add, that discussions are ongoing with Japan regarding its participation in the program.

Meanwhile Japan has launched the development of the F-3, a 6th generation fighter aircraft which will replace the F-2. To this end, Tokyo has sought partners for technical assistance, including airframe design, integration of radar systems, and technologies related to stealth. Last year in December Japan announced that it had selected Lockheed Martin over BAE Systems and Boeing.

Discussions between Tokyo and Japan on the Tempest program are also ongoing especially for a potential technological partnership.

“There is a lot of commonality between the UK and Japan,” noted the head of BAE Systems.

In July, the Royal Air Force (RAF) Chief of Staff Air Chief Marshall Mike Wigston said, he had already spoken of “revolutionary” cooperation between the Tempest and F-3 programs on propulsion.