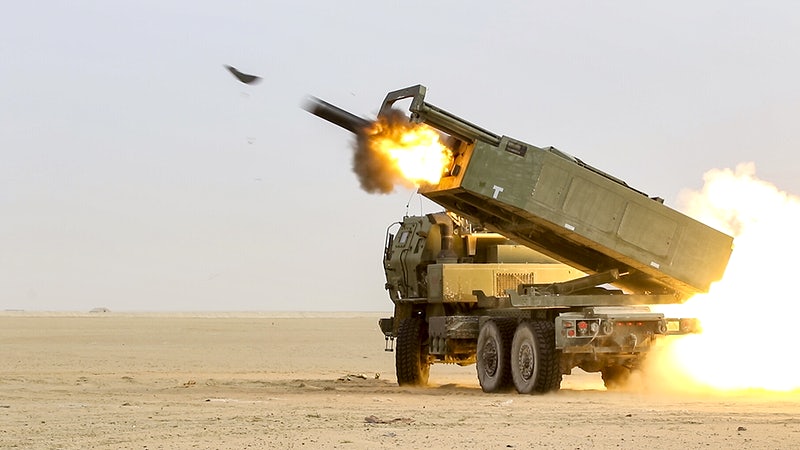 Ukrainian President Volodymyr Zelensky has asked for advanced missile systems from the West saying in the event it receives 60 or more long-range missiles, it would deploy them and Russia would lose its ability to advance into Ukraine. If it receives 40 missiles, it would result in Russian troops suffering more casualties than it currently does. If it were to receive 20 missile systems, Russians casualties will be high, although they are likely to continue making rapid progress.

US President Joe Biden has decided to provide Ukraine with four HIMARS missile systems, as part of a new $ 1billion military aid package. This has however triggered a public debate saying the move could spark a Russian response, if Ukraine uses them to strike Russian territories.

US support for transferring weapons systems to Ukraine is on the decline.

While the four HIMARS systems are expected to help Ukraine, they are definitely not game-changing weapons in the eastern Ukraine war theatre, where for 60 days the Ukrainian army have faced Russian artillery in a ratio of 20 to 1.

Rob Portman, a Republican Senator from Ohio has described the fight in eastern Ukraine as being “brutal”. “Fighting continues in Severodonetsk, where the Russians are making tremendous progress, and the Luhansk region could fall in weeks if the Ukrainians cannot get more artillery.”

So far, Washington has said, it does not intend to send long-range missiles to Ukraine, with the main reason being, according to Portman, is a lack of trust in the Ukrainian leadership.

Portman believes that the Biden Administration fears that the Ukrainian leadership will use the US long range missile to attack Russian territory. In such an event, many experts predict that the conflict will spread beyond Ukraine and will trigger a direct fight with the United States.

The ongoing war in Ukraine is likely to see Donbas falling into Russian hands.

Debate on providing long-range US missiles to Ukraine, has created two groups. While some are strongly opposed to supplying weapons to Ukraine on nationalist ground saying “we cannot support Ukraine forever“, others opine “The sooner Ukraine pushes the Russians out of Donbas, the sooner the war will end”.

The latter is the most common arguments for providing advanced long-range weapons to Ukraine.