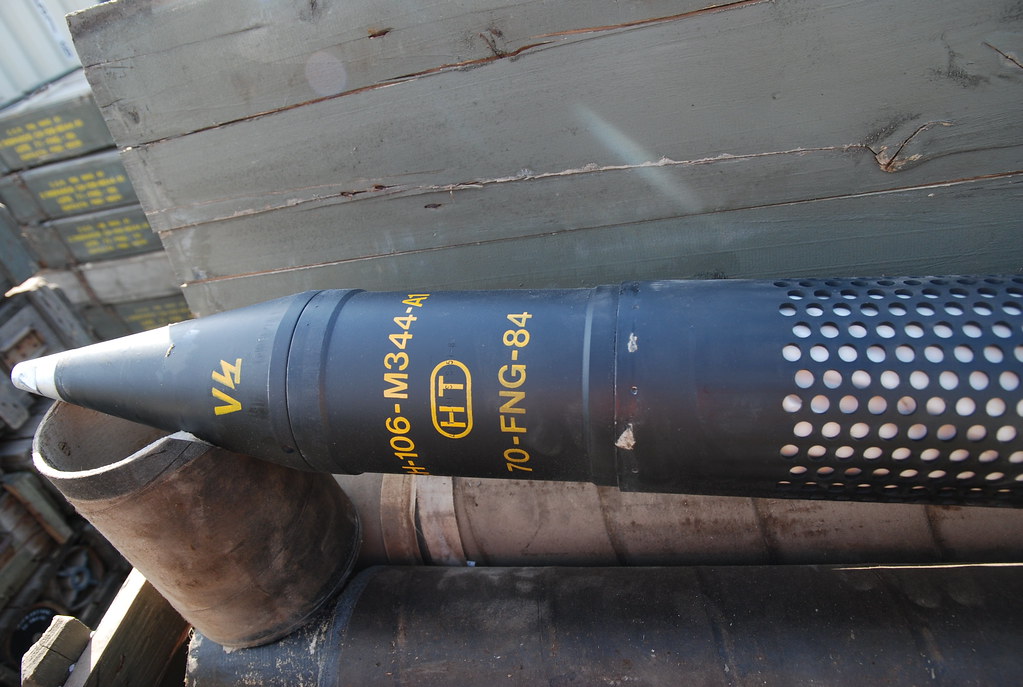 The web has been flooded with images of debris from the Franco-Danish 155 BONUS anti-tank artillery rounds. The main comment on the shared photos is that they show ammunition being delivered to Ukraine. This is the first indication that Ukraine is collaborating with them on the front lines.

155 BONUS anti-tank ammunition is extremely accurate. They were created as a result of a collaboration between the Swedish and French companies Bofors and Nexter. This munition is distinguished by the presence of two top-attack EFP submunitions.

A profiled projectile is used in an EFP, or explosively formed penetrator, also known as a self-forging warhead. This projectile has a much higher penetration efficiency against enemy vehicle armour. The Bofors/Nexter 155 BONUS is also a very precise weapon, as it uses three multiband IR sensors and LIDAR to find its targets.

LIDAR is a technology that detects light. This method uses a laser to calculate the destination of an enemy object based on the speed at which reflected light from the enemy object is returned to the device. This method is also referred to as 3D scanning.

LIDAR is a brand-new technology that is used to control the navigation of autonomous flying vehicles and their flights over Mars.

The Bofors/Nexter 155 BONUS works on the following principle: The BONUS round is fired from a standard rifled 155mm artillery tube after the range and target profile[s] are set. The round has a range of up to 35 kilometres [21.7 miles] and flies in a parabolic arc. A timer fuse in the nose ignites a small ejector rocket, which drags the two submunitions out of the shell casing and over the target area.

When the submunitions are free of the shell, they fall toward the target. The shell and nose assembly separated. The submunitions deploy winglets and corkscrew down at 900 rpm over the subject area, scanning for targets. When a submunition detects a target vehicle beneath it, it detonates its explosive payload, forming an explosively formed projectile that strikes the weak top armour of the target vehicle. The high-velocity impactor pierces the hull, killing or injuring the crew.

There are at least two other munitions in the world that use technologies similar to the Bofors/Nexter 155 BONUS. The first is German SMArt 155 ammunition, and the second is American M898 SADARM ammunition. The Bofos/Nexter 155 BONUS is in use in several countries, including France, Sweden, Finland, the United States, Norway, and, as it has become clear, Ukraine.