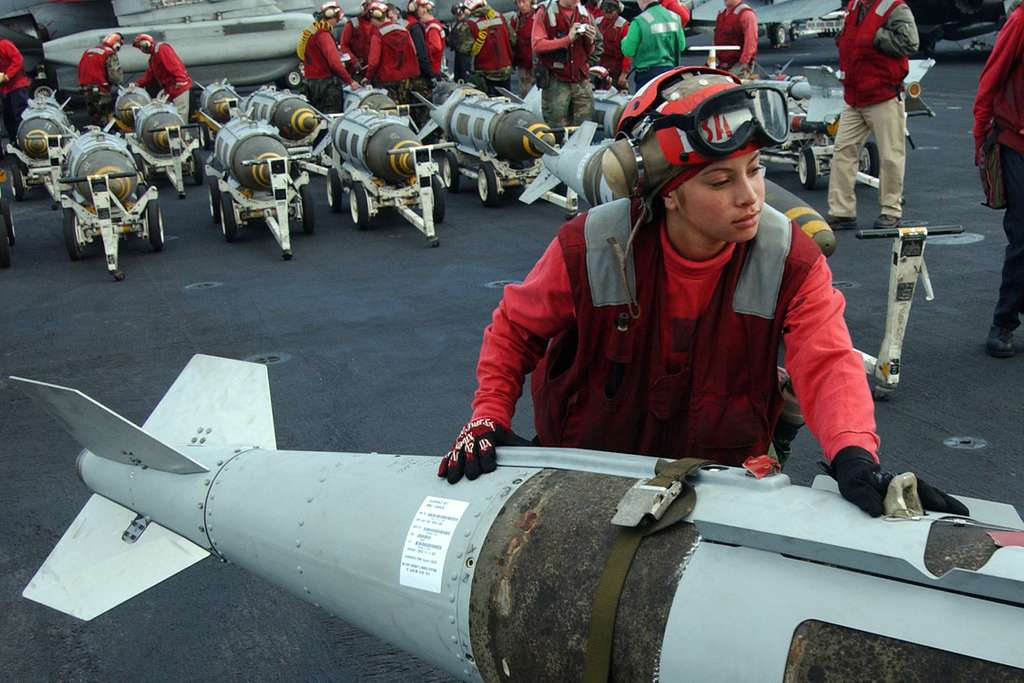 The United States has developed an ammunition that can cut all Chinese ships in two. The GBU-31 has been given the name Quicksink for its ability to sink ships rapidly.

It can be attached to unguided bombs and converted into guided munitions. The weapon system could give the US Navy an ability to dominate over its Chinese counterpart.

Here’s how it works

It has a built-in radar seeker in its nose and works in conjunction with the GPS navigation system which has been integrated into the tail of a Mk84 Joint Direct Attack Missile (JDAM) – a type of unguided bomb. On the side of the entire setup is an integrated camera. The interaction of both sets of all systems combined with a powerful payload splits ships into two.

In September 19, the Air Force Research Laboratory (AFRL) shared a video which demonstrates its destructive prowess.

Once the ammunition is fired, the Quicksink system is activated and the target is immediately engaged. The radar seeker can track moving targets and deliver the payload. Experts opine that a direct hit will cause the target to be incapacitated in battle.

Not only is the Quicksink a very capable weapon, it is also budget friendly. Kits are cheap and cost $50,000 if the US buys 1000 pieces. In comparison, the Mk48 torpedo costs $3.8 million and cannot match the destructive power of the Quicksink.

In recent months, there has been increasing speculation that China is likely to attack Taiwan. In response the United States may go to war with China, which will mean US ships will face off Chinese ships and despite their high numbers, Washington can still emerge victorious.

It’s no secret that the Chinese navy has already outnumbered the US Navy. In recent years, Beijing has also invested in modernizing weapons and technologies on its navy.  Thus, a solution like Quicksink will greatly benefit the United States.