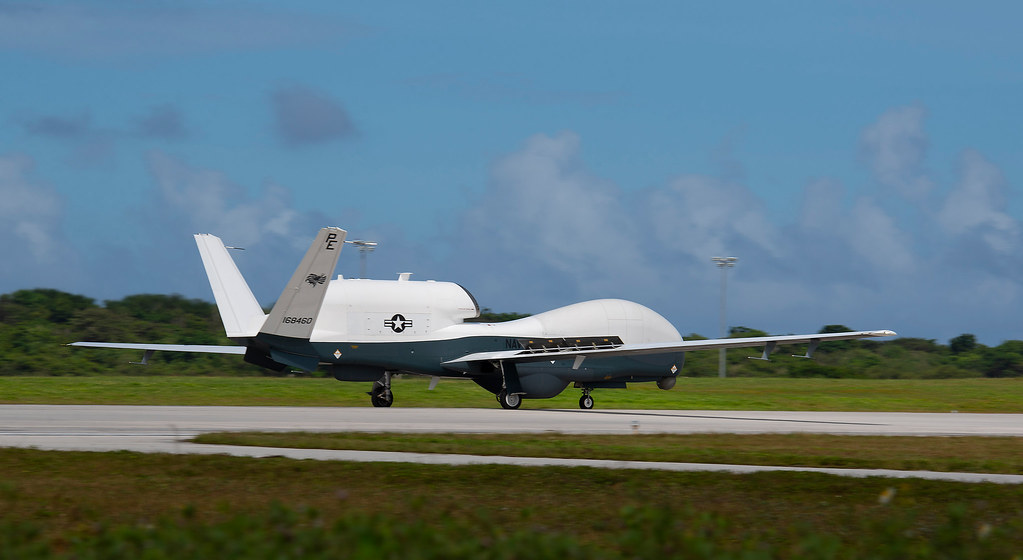 On July 29, the U.S. Navy flew the first flight test for the MQ-4C Triton with its new hardware and software configuration at NAS Patuxent River, Md. The new configuration adds an enhanced multi-mission sensor capability as part of the Navy’s Maritime Intelligence, Surveillance, Reconnaissance and Targeting (MISR&T) transition plan.

The development marks the beginning of the next phase of the unmanned aircraft’s development.

In a press release NAVAIR said, “The MQ-4C Triton flew in its new configuration, known as Integrated Functional Capability (IFC)-4, which will bring an enhanced multi-mission sensor capability as part of the Navy’s Maritime Intelligence, Surveillance, Reconnaissance and Targeting (MISR&T) transition plan.”

In a statement Capt. Dan Mackin, Persistent Maritime Unmanned Aircraft System program manager said, “Today’s flight is a significant milestone for the program and a testament to the resolve of the entire ITT, their hard work, and passion for test execution and program success. This flight proves that the program is making significant progress toward Triton’s advanced multi-intelligence upgrade and it brings us closer to achieving the initial operational capability (IOC) milestone.”

Already many Triton UAVs are in the process of being modified into the IFC-4 configuration in support of IOC in 2023.

This test marks, in the current IFC-3 configuration, is to support deployed systems in a sustainable manner as well as risk reduction for IFC-4.

Currently, two MQ-4C Triton aircraft in the IFC-3 configuration, also known as the baseline configuration, have been forward deployed to the 7th Fleet in support of early operational capability (EOC) and Commander Task Force (CTF)-72 tasking.

VUP-19 will continue to operate Triton to further develop operational concepts, fleet learning associated with operating a high-altitude, as well as long-endurance system in the maritime domain.

Incidentally, Triton is the first high altitude, long endurance UAV that is capable of conducting persistent Intelligence, Surveillance and Reconnaissance (ISR) missions to complement the P-8 in the maritime domain.

The US Navy plans on deploying Triton to five orbits across the globe.