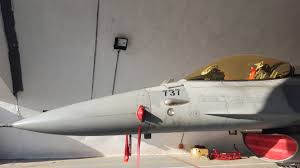 In recent months the United States has focused on developing the F-15EX after the much vaunted fifth generation stealth fighter F-35 turned out too be very expensive to maintain and operate.

On March 10, the US Air Force received its first F-15EX fighter jet, which took off directly from the Boeing plant at St. Louis and landed at Eglin Air Force Base in Florida.

The F-15EX is characterizing by the ability to carry a large payload. Much like its Russian peer, the SU-35S, the F-15EX is a generation 4.5 generation fighter plane and could be a “lifeline” for the US Air Force.

“This is an important moment for the Air Force,” said Dory.

The fighter is equipped with a state-of-the-art digital cockpit, an ADCP-II computer from Honeywell, a passive/active warning system, and sports a significantly improved and enhanced avionics. The ADCP-II is considered one of the best during combat operations and missions. It is also equipped with Raytheon’s AN / APG-82 radar which has an active phased array.

The F-15EX can carry 22 guided air-to-air missiles, as well as a hypersonic weapon along with twenty-eight mini bombs.
By next month, a second F-15EX fighter will be stationed at the Eglin naval base in Florida. By the end of 2023, at least 6 more will join this squadron.

While the USAF is expected to retire legacy models of the F-15 soon, Washington is keen to buttress its air fleets with F-15EXs and has ordered at least 200.