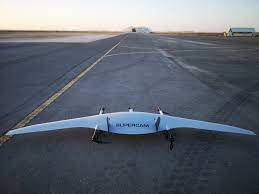 A high-altitude reconnaissance, surveillance, and spy drone prototype created by Airbus has created a record of sorts by flying non-stop in the skies over Arizona even during challenging weather conditions. In fact, it continues to fly as you read this.

The current purpose of the test flight is to check the efficiency of the solar panels which powers the Zephyr, which has a wingspan of 82 feet, weighs 165 pounds, and can fly at an altitude of 70,000 feet (around 21.33 km).

According to Airbus, Zephyr can carry a payload, which means in addition to real-time reconnaissance, it can also be deployed for transporting cargo from one continent to another.

In recent years, the Zephyr has flown in international airspace, over water, continuous flight using satellite communication controls, and a demonstration from the launch point.

The current experiment is conducted and controlled by the Army’s Intelligence, Surveillance, and Reconnaissance (ISR) Task Force along with the Aviation, and the Army’s Assured Positioning, Navigation and Timing/ Space (APNT/Space) Cross-Functional Team.

According to the US military, if Zephyr is winterized in the coming weeks due to weather conditions, it will be deployed over the Pacific Ocean with a payload and overflight of multiple air defense systems.