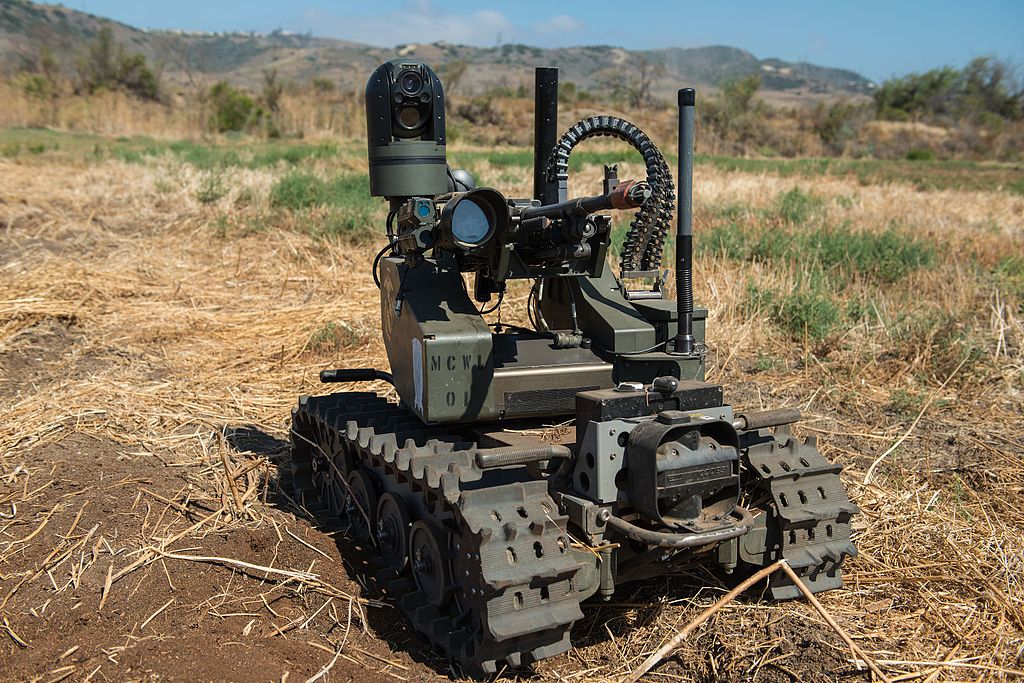 The 2018 Eurosatory military trade show confirmed the craze for machines designed to replace humans on the battlefield or provide security. Beyond controversies as old as the event, this trade fair reserved for professionals ensures the role of showcase of military technologies which usually find a civilian application a decade later. It is also a mean to witness the evolution of military systems aiming to reduce the human cost of conflicts. This is the case for the new generation of military drones or remote-controlled robots.

According to a Winter Green Research study, the market for armed robots (including drones) could exceed $ 10 billion (€ 8.65 billion) by 2021.

Slightly behind in comparison with nations like Russia, China or the United States, the French Army aims to launch armed robots into action within a few years. Nexter Robotics unveiled the Optio X20 robot, equipped with a 20 mm remote-controlled gun. This tracked vehicle weighs 1 t and is always controlled by a human, as French doctrine denies robots any autonomy in making shooting decisions. The Estonians from MILREM Robotics have developed the THeMIS, an all-terrain crawler robot on which a shooting turret may easily be mounted, as well as optronic systems. Belgian weapons manufacturer FN Herstal also developed a remotely triggered gun. Limiting the risks for soldiers, this type of system is intended for interventions in an urban environment.Other manufacturers such as the Serb Yugoimport integrate a grenade launcher and a machine gun on a remote-controlled mini-tank.

Already available, a TBC France 4-wheel robot simply named “Jack” is an autonomous surveillance robot meant for sensitive sites. Cruising at 18 km/h, it has an approximate 50-km range and transmits 360° infrared videos in real time. He takes on artificial intelligence to choose a route, integrate obstacles and respond to an intrusion.

But the true surprise is a mini Israeli drone called Rotem 1200, which prefigures wars where UAVs will no longer be used for shooting at a target but rather for melting on it. This 5.8 kg machine, manufactured by IAI, is equipped with a camera, sensors and two grenades. It is able to infiltrate into buildings up to 10 km away from the operator, in order to locate and destroy a target. Another Israeli drone, the Harop, crashes and explodes on anti-aircraft defenses.