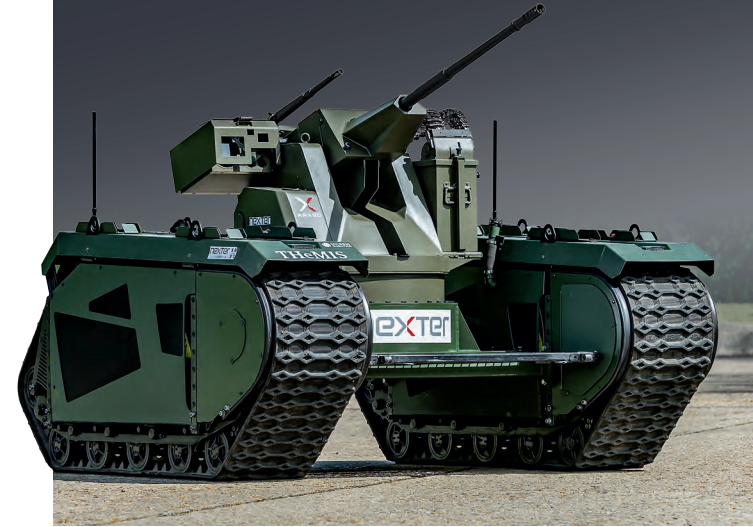 Although French Army has used robots for a long time now, such as the Minirogen and the Drogen for the detection of IEDs and mine clearance, they intend to push forward in this field in the coming months. Thus, according to a contract notice published before summer, the French General Directorate of Armaments [DGA] is seeking to procure five ground robots for the purposes of tests in operations and on the French territory. In the meantime, the French Minister of Defense, Florence Parly, should soon announce the acquisition of reconnaissance micro-robots, for the benefit of infantry and engineer units. “The first deliveries are expected by the end of the year and will equip the first deployment of a “Scorpion” GTIA [Combined Combat Group] in 2021,” Army communication staff announced.

However, although armed robots will also be developed, they will never be able to open fire on their own. There is a red line never to be crossed: France will not have autonomous armed robots on the battlefield. The soldier will remain the only one capable of deciding to open fire.

Two French manufacturers already developed armed robots: MBDA, producing the THeMIS, equipped with a Medium Range Missile, and Nexter, producing the OPTIO X-20, equipped with a 20mm gun. Both systems need to receive a human order to open fire. These systems aim to increase the range of a combat squad’s firepower. They “will be more autonomous and adapted to the operational needs of a GTIA. But the fundamentals of combat will remain the same. A disembarked squad may benefit from additional aid intended to facilitate its mission, but it remains in charge of the assault and of the fire management. Also, ground robots will generate mass effects and accelerate the operational rhythm to increase the yield of the force, in various fields such as surveillance, protection and threat detection systems, and logistics flows.

Army’s goal is to have fully operational ground robots by 2025 … But before that, there are still a lot of hurdles to overcome.